"Tokyo Tower" which is also one of the symbol of Japan.
In the summer "Milky Way illumination" event is held.
Illumination events are held on the first floor of the Main Observatory, and we will pay admission fee.
This day we arrived around 19 o'clock in the evening, but the sun was still setting and the outside was bright. 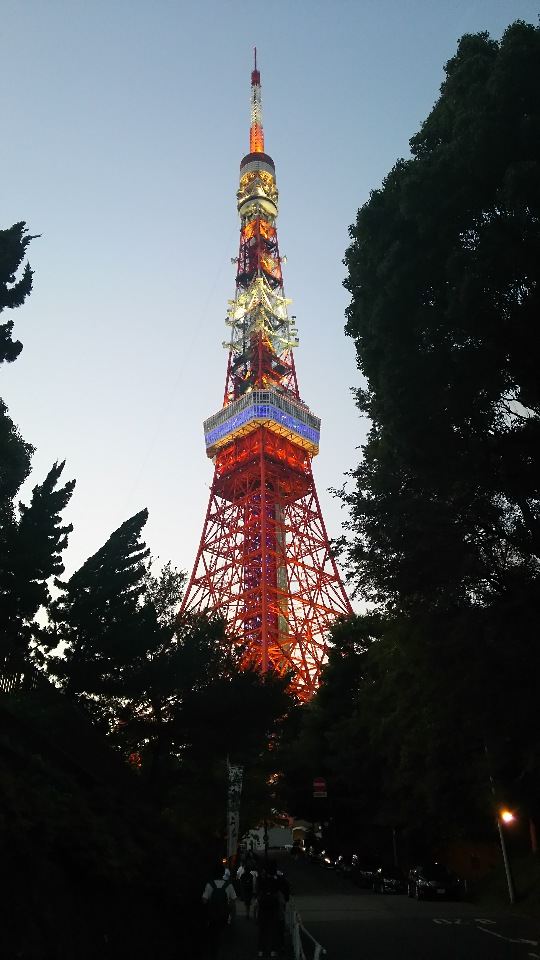 Challenge the outer staircase of about 600 steps!

You can go up to the big outlook with an elevator, but you can also climb the stairs on the outside of the Tokyo Tower.
It is fun to climb while watching the outside scenery.
As usual it is only available during the daytime hours of Saturdays, Sundays and public holidays, but the time of the Milky Way illumination is available for night including weekdays.
Illuminations are also displayed on the stairs with about 600 steps, so it's quite romantic! 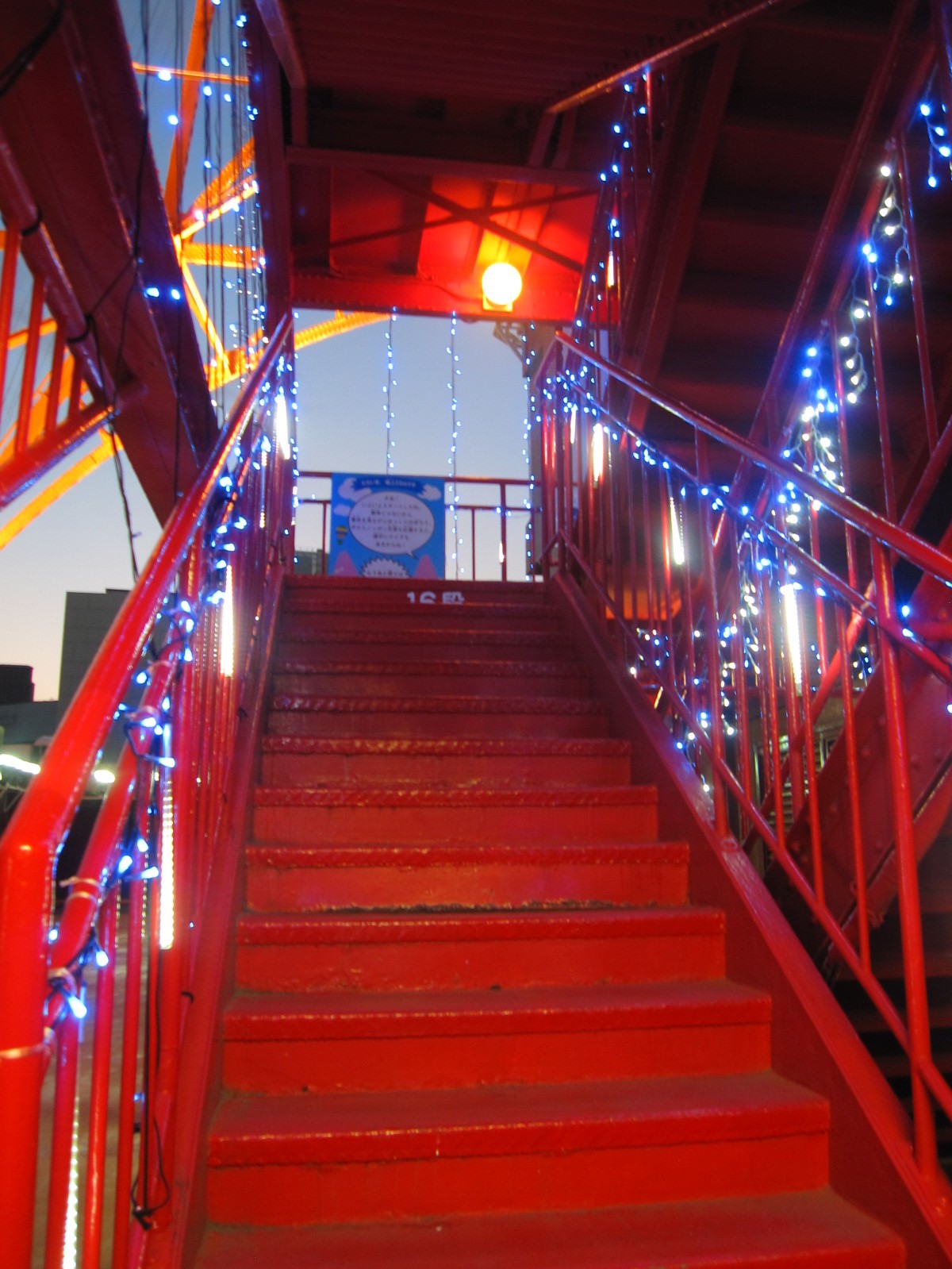 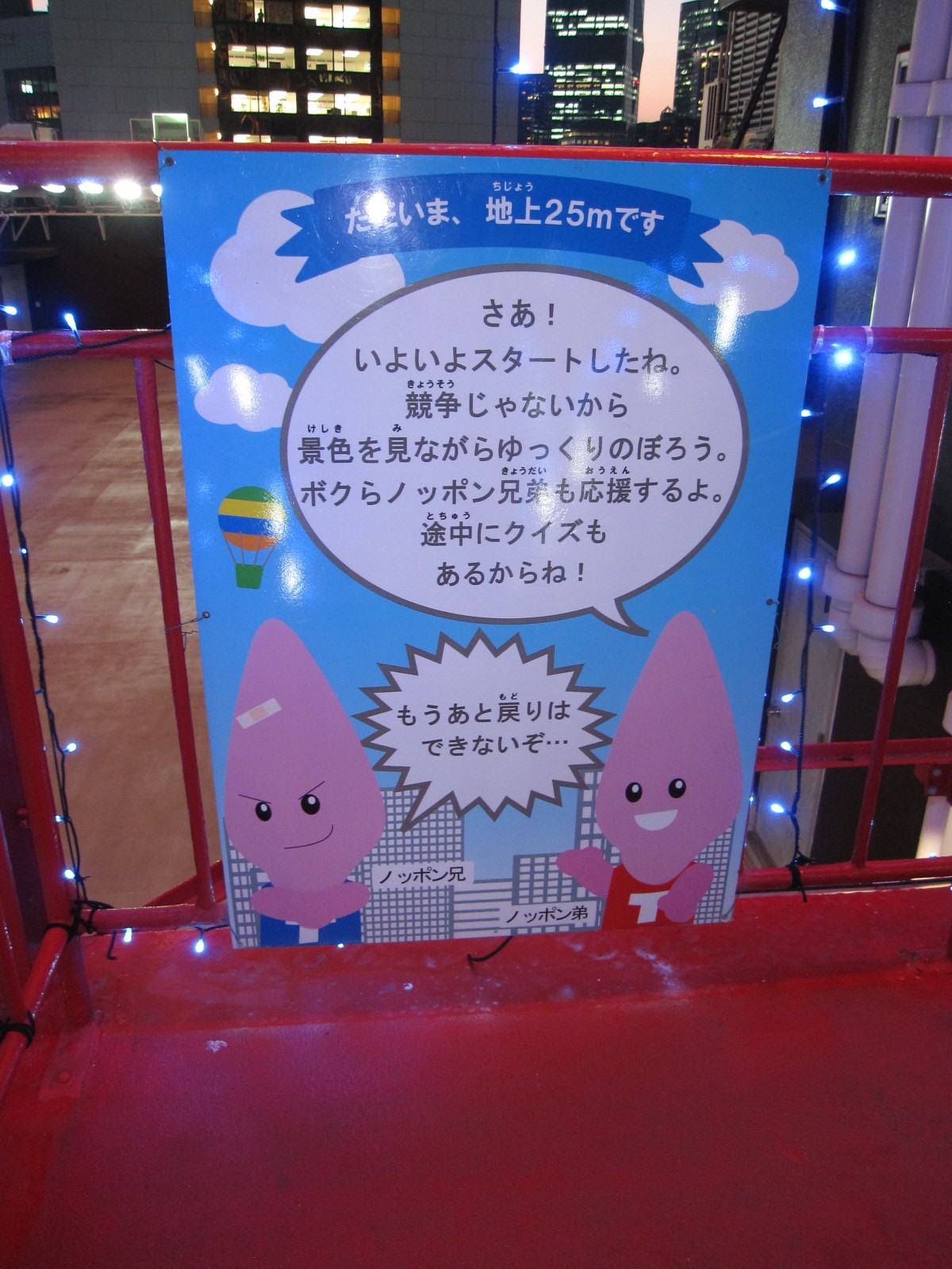 I will climb the stairs where the illumination based on blue is displayed.
Immediately, the surroundings became dark and the night view was beautifully seen. 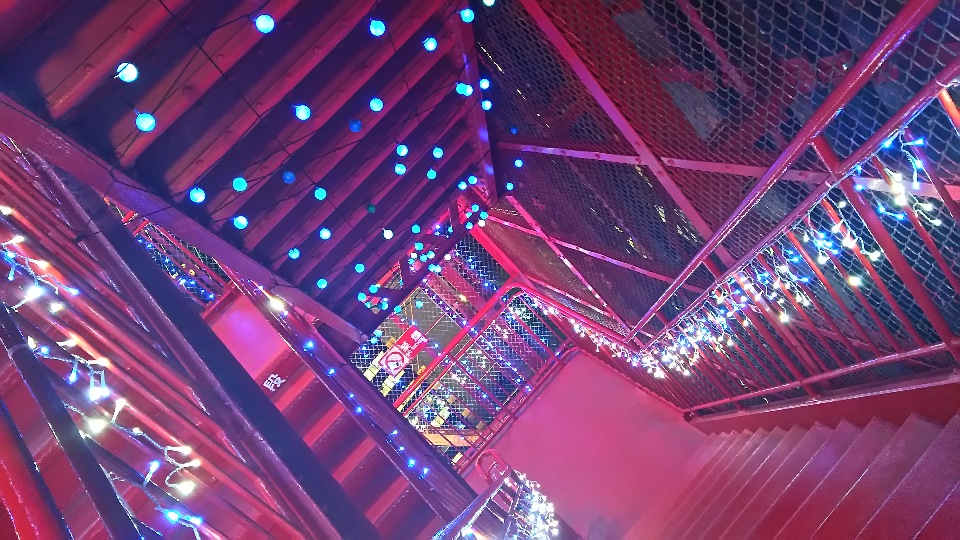 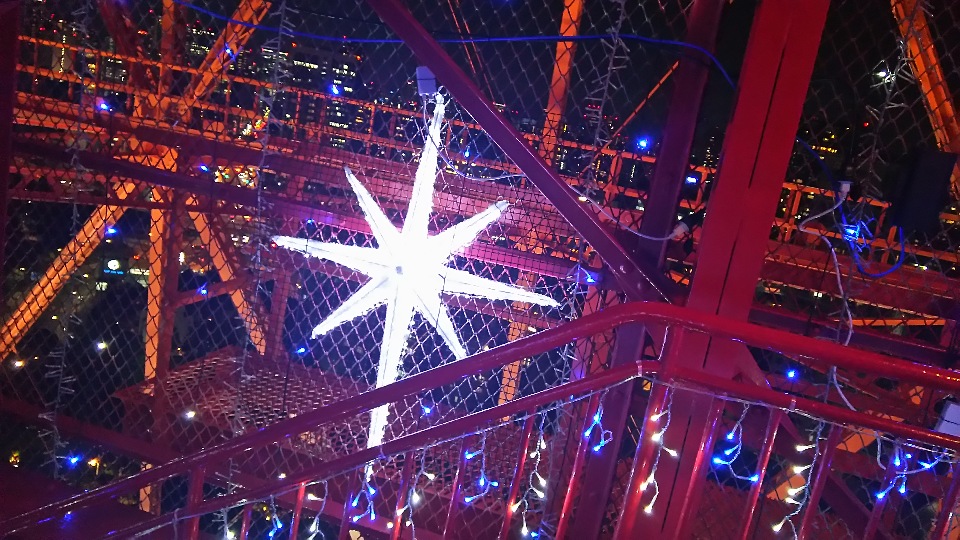 On the way, there is a plate showing the number of stages, so I will climb while adjusting my physical strength.
In addition, the height from the ground and the symbol of the same world as its height are introduced in some places. 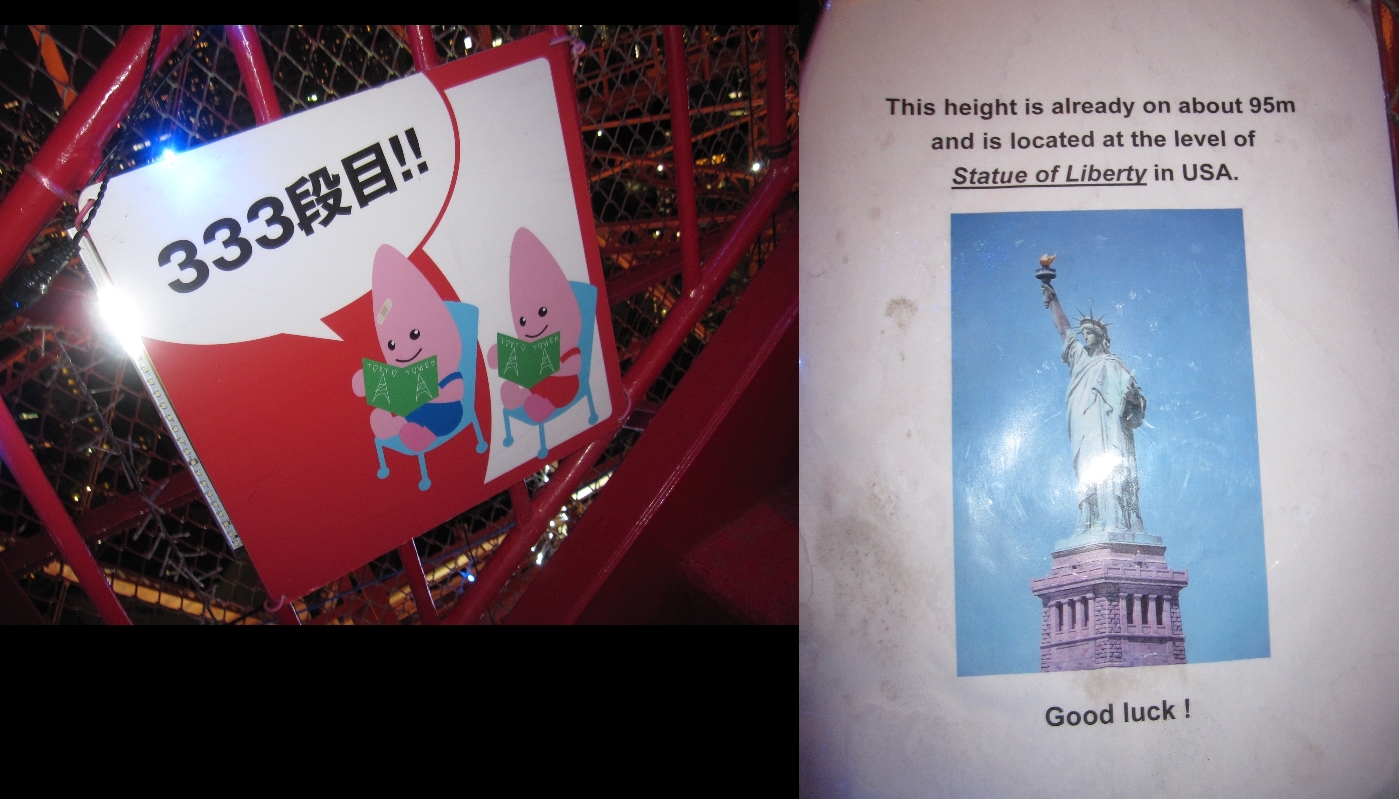 Whether it was hot and climbable, I was anxious, but the day I challenged it was cool and the wind was very pleasant.
I thought that it was crowded, but there were few people because it was a weekday, so I could climb at my own pace slowly!
Looking at the illumination of the stairs from the bottom, it is very nice with such feeling.
It was exactly like the Milky Way image of the light. 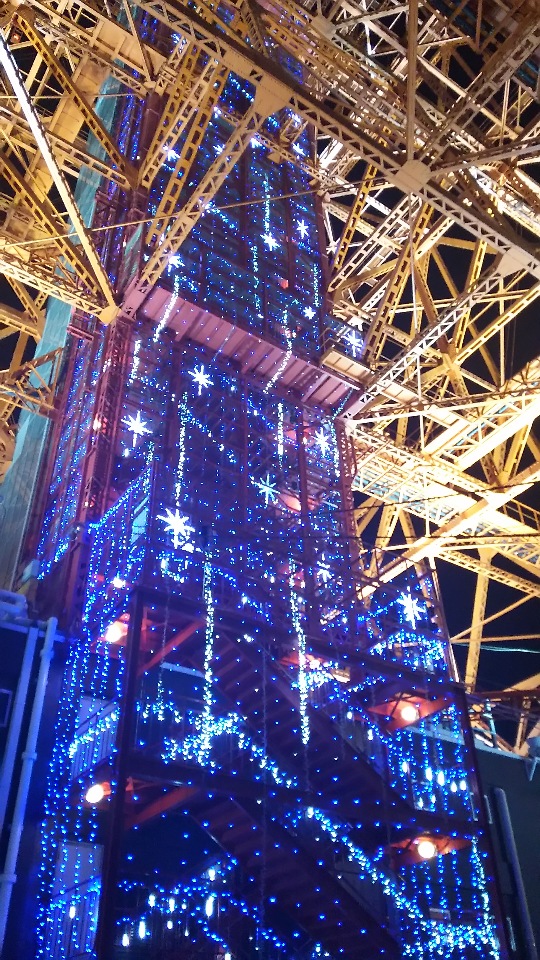 Also, if you challenge the outside staircase you will receive a certificate!
It will be a memorial day, so it's definitely recommended. 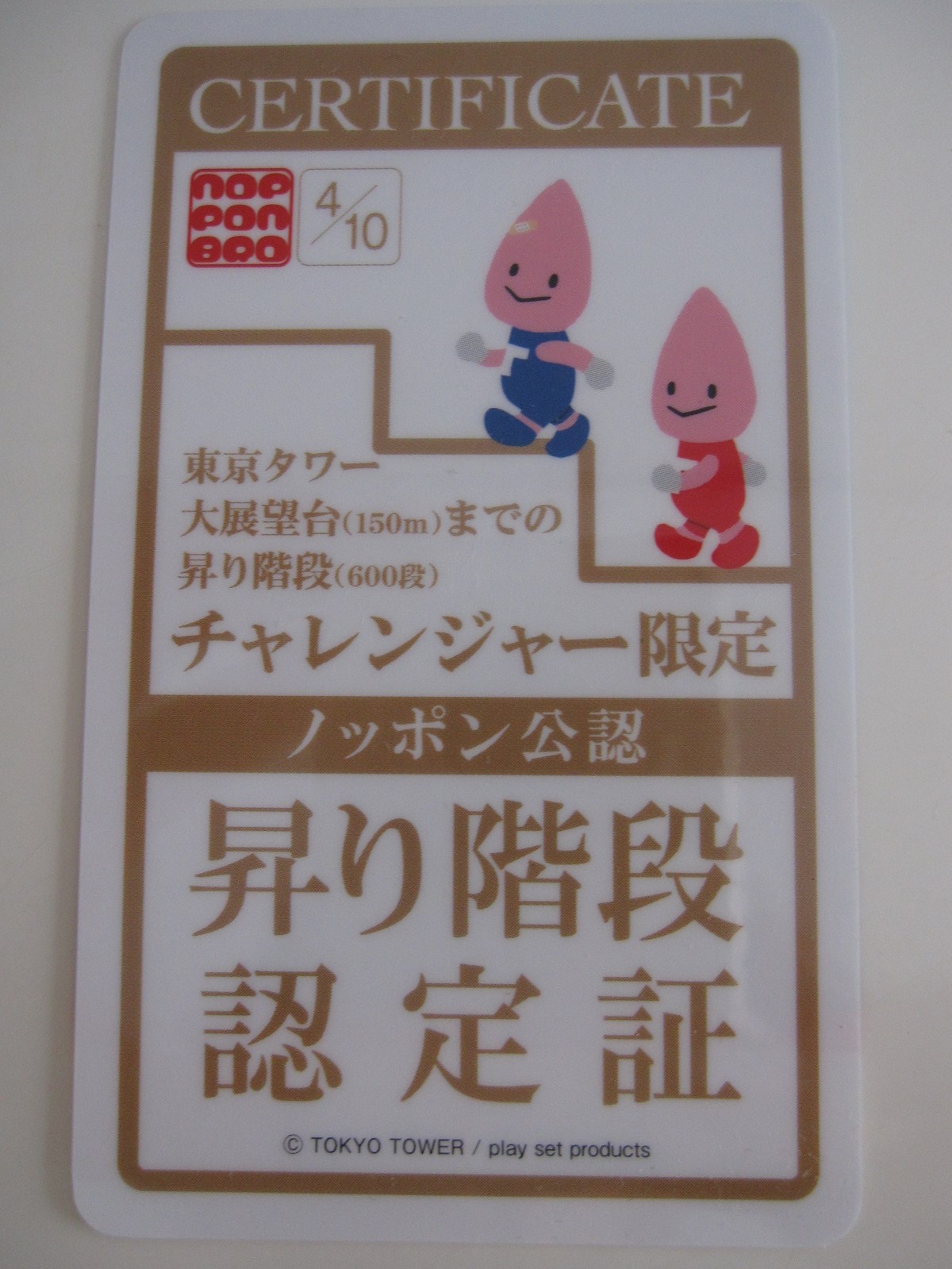 Milky way illumination on the 1st floor of the Main Observatory

When I climbed the stairs, I arrived at the 1st floor of the Main Observatory.

The observation deck is supposed to be able to go around, but the ceiling is decorated with illuminations that imagined the Milky Way. 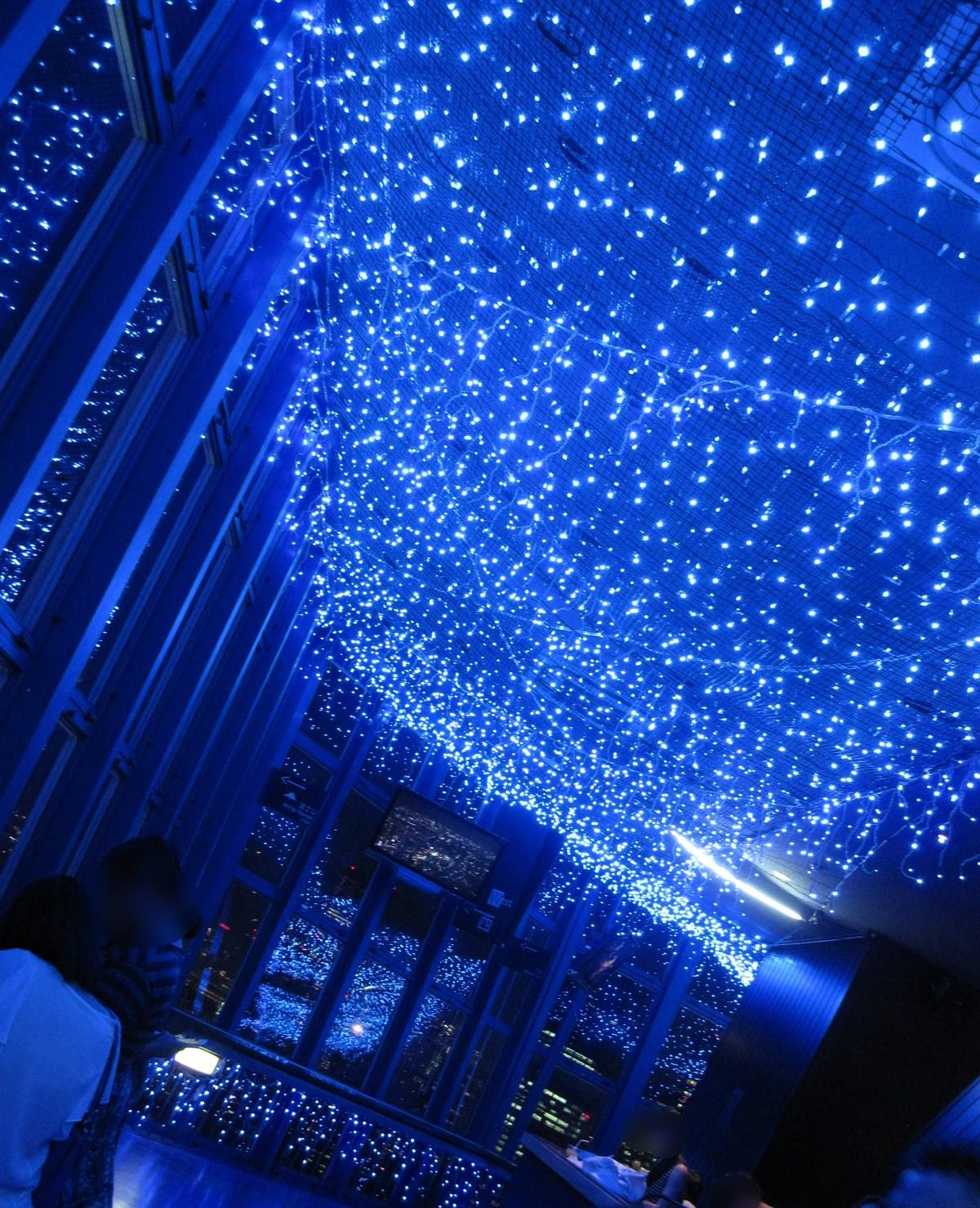 It was a very mysterious space based on blue. 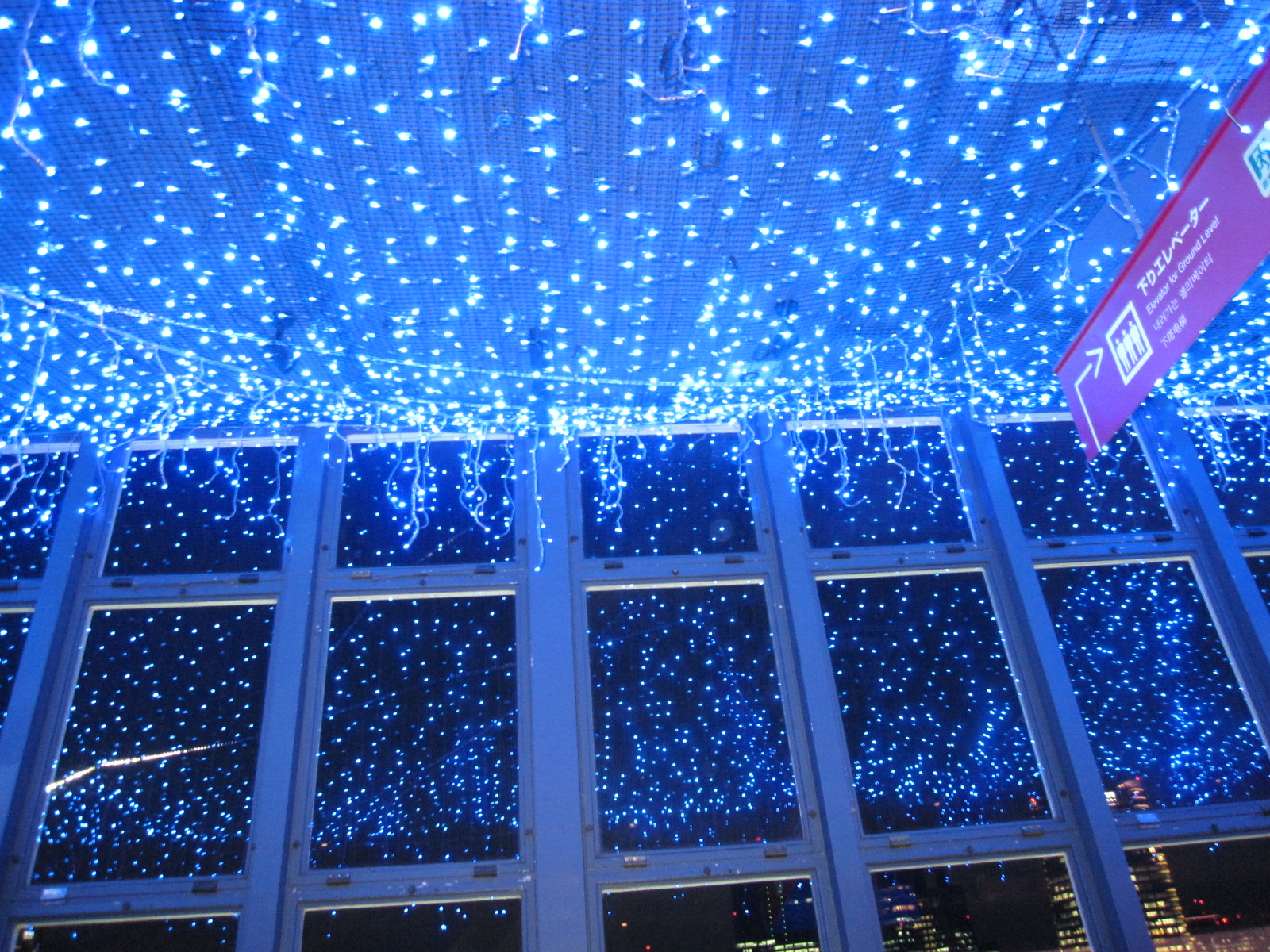 The outside night view is also very beautiful. It feels like I am overlooking the night view from the Milky Way. 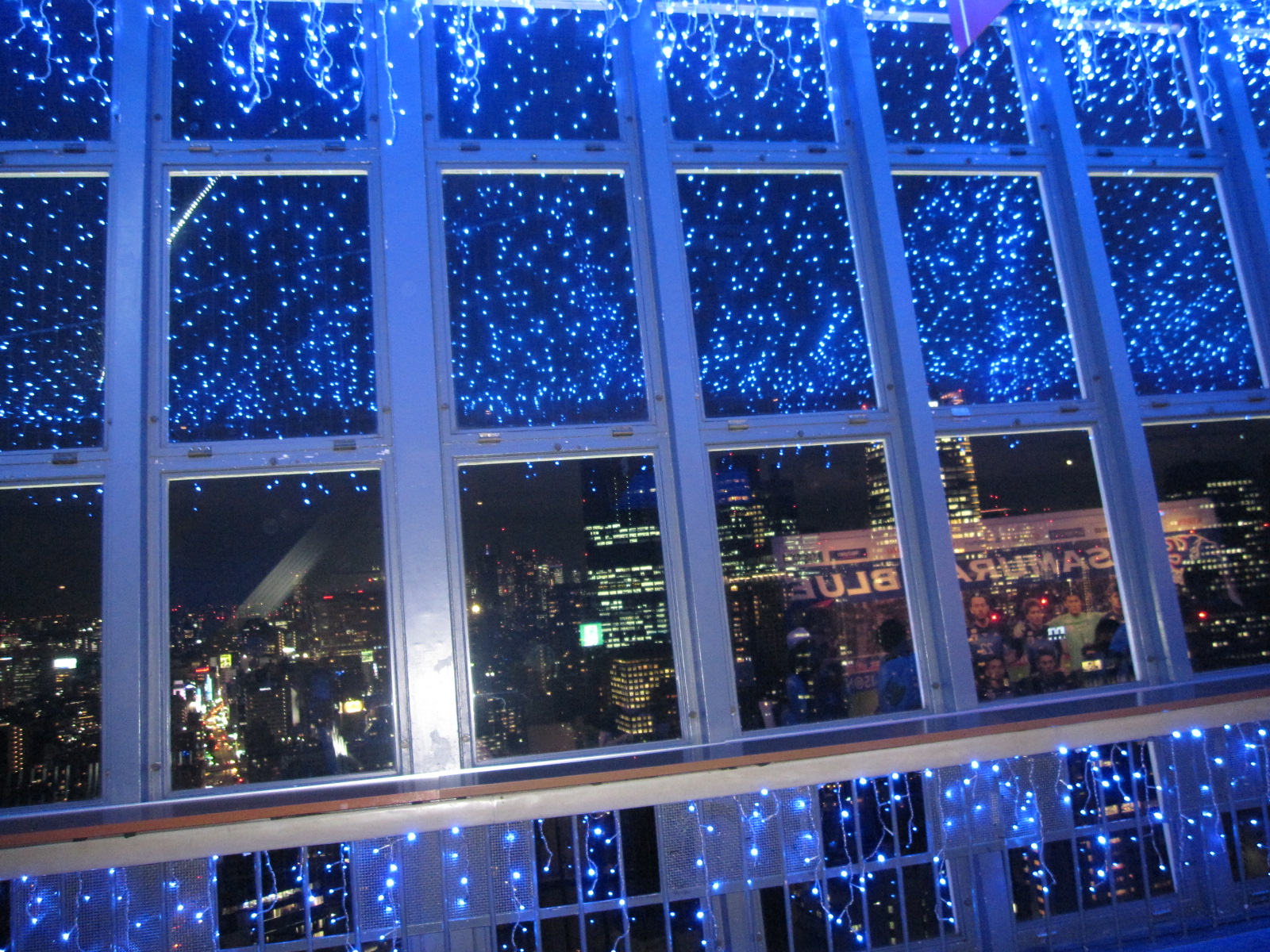 You can see that the 1st floor of the Observation Deck is blue illumination even from the outside! 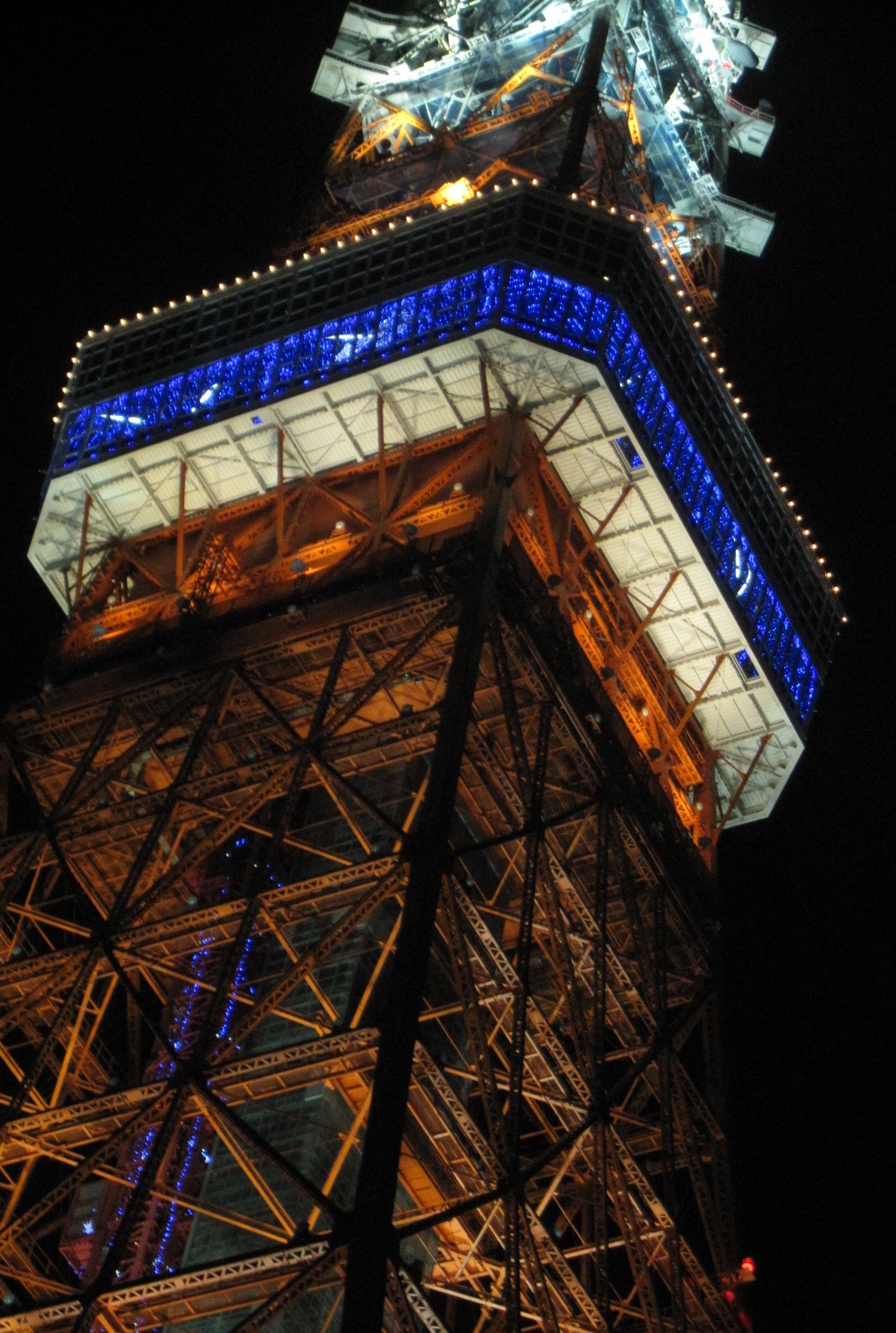 The 2nd floor of the Main Observatory is also a fantastic space!

There is a second floor just above the first floor of the Main Observatory.
There is also an elevator, but also here also in the stairs. (It is a stairway in the middle instead of the outer staircase) 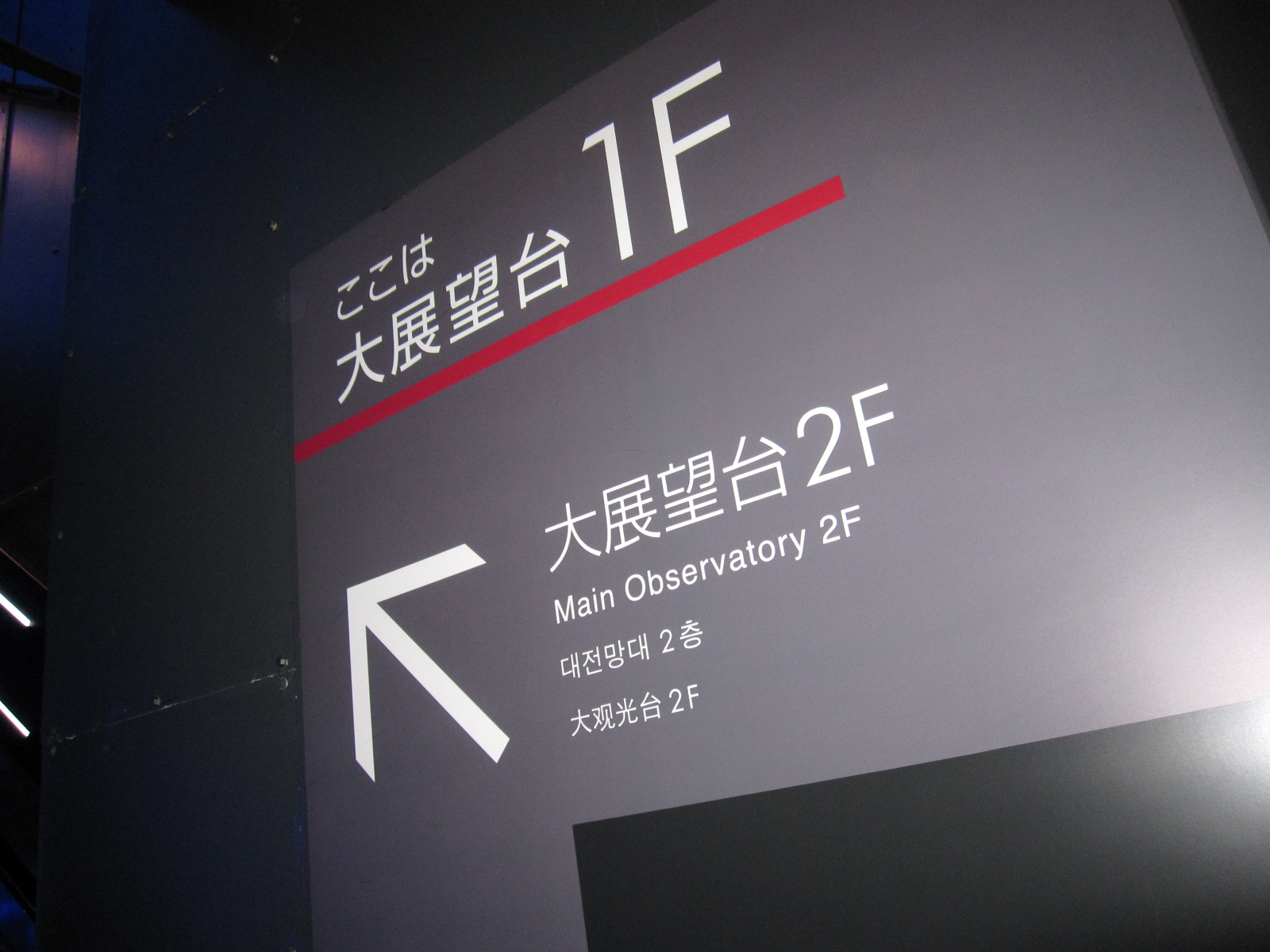 The second floor is not illuminated, but projection mapping was done.
This image seems to be different depending on the time. 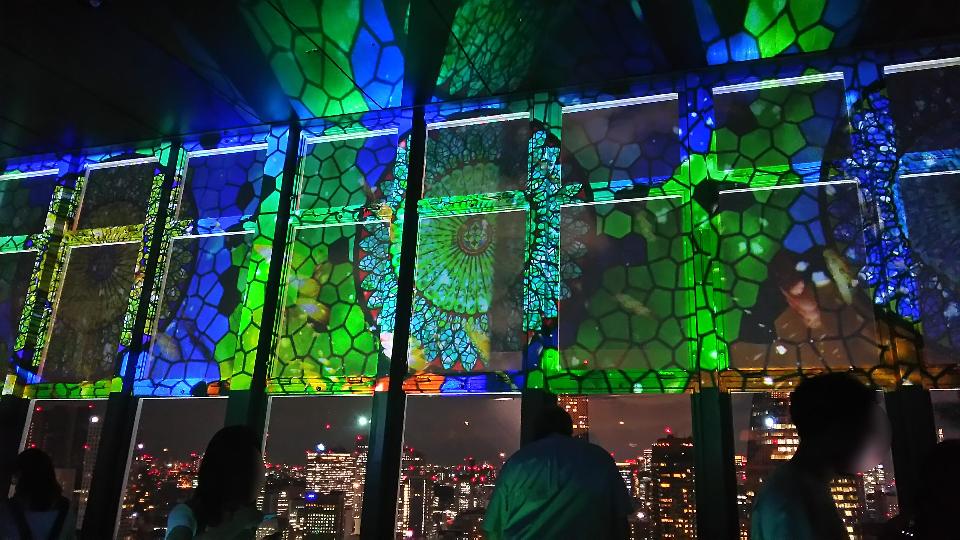 The colorful images shown on the window glass were lovely. 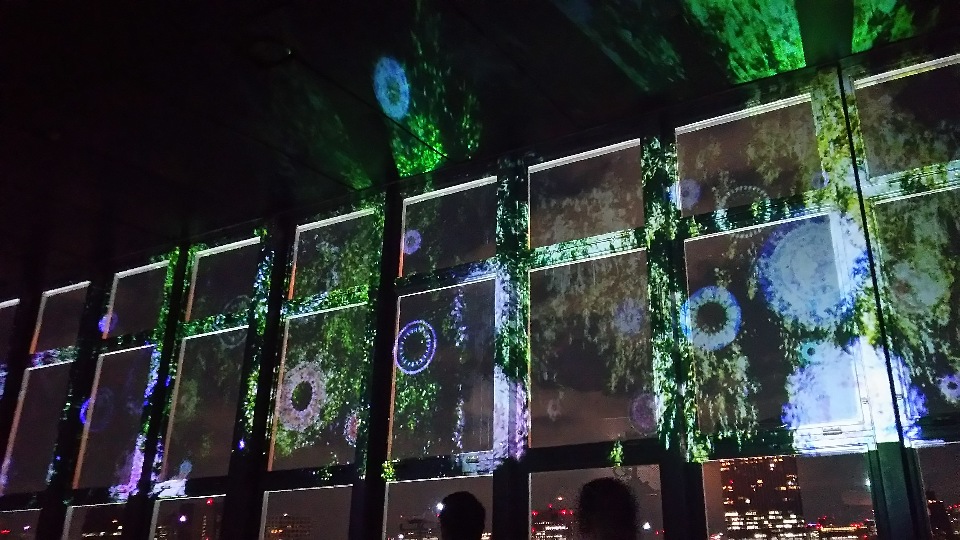 While watching the night view, you can enjoy wonderful images as well!
Tokyo Tower is a sightseeing spot you would like to visit.

Even when I get off the Main Observatory, I used the staircase this time.
Those who challenge the stairs, do not forget the shoes that are easy to walk! !
I could not meet Tokyo Tower Mascot's "Noppon" this time, but I met a mascot doll. 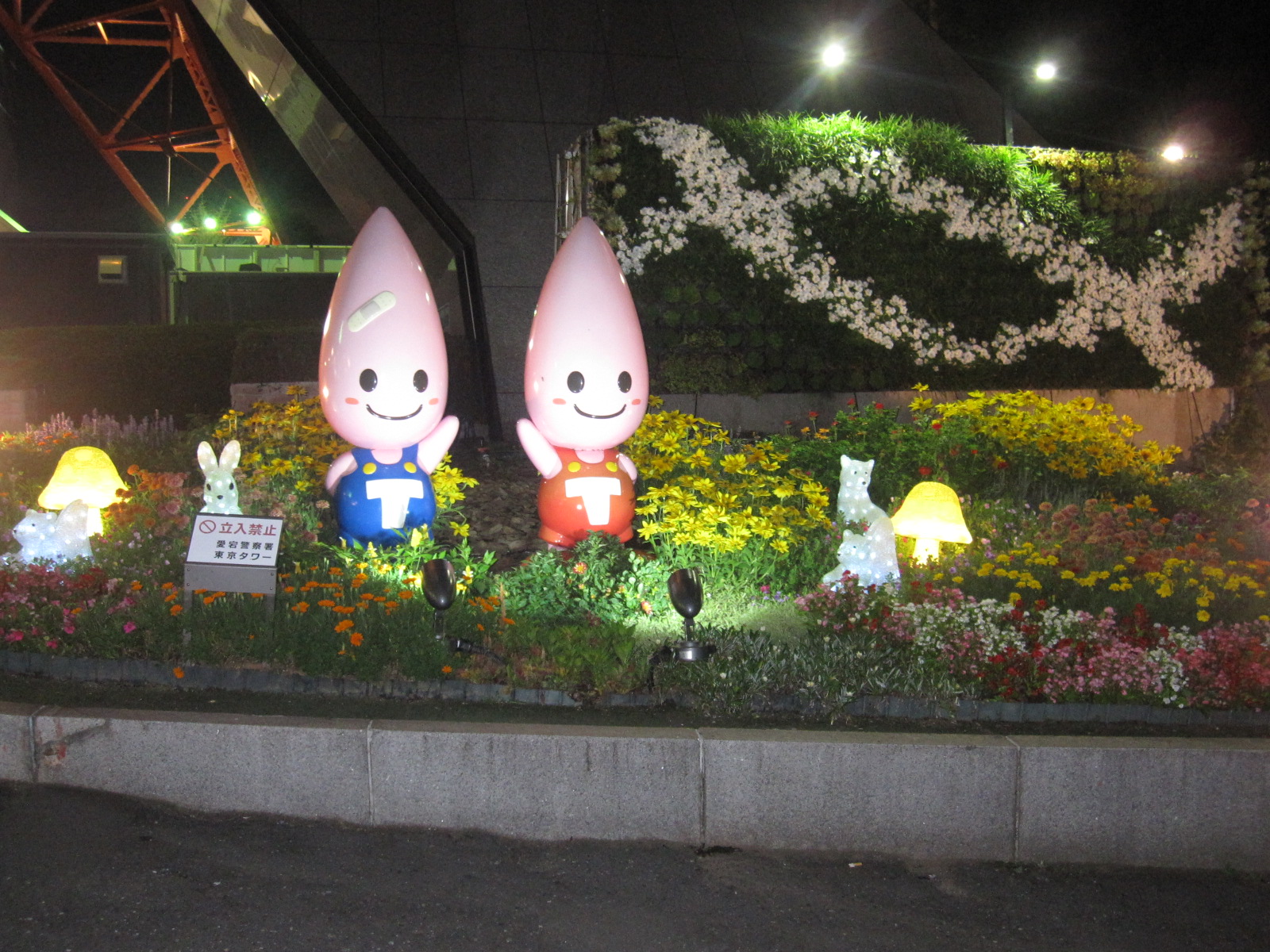 In Japan's tower, the Tokyo Sky Tree is new and has a height, but the Tokyo Tower is a traditional tower from a long time ago.
I was able to feel charm again!
Also, the light tower of Tokyo Tower is held throughout the year. And it is very mysterious. 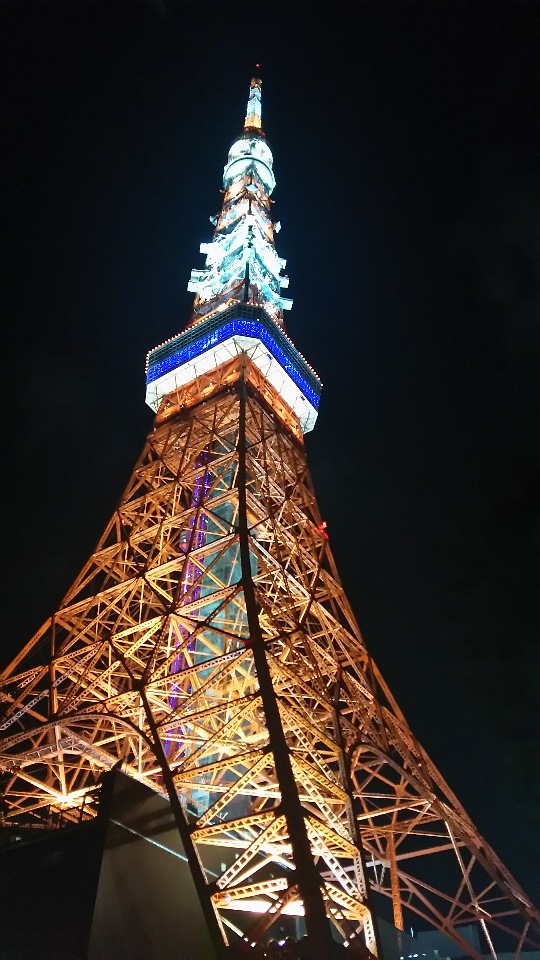 Also on Saturdays, a diamond shining light up is also being held!
When you come to Japan, it is a spot you would definitely go! 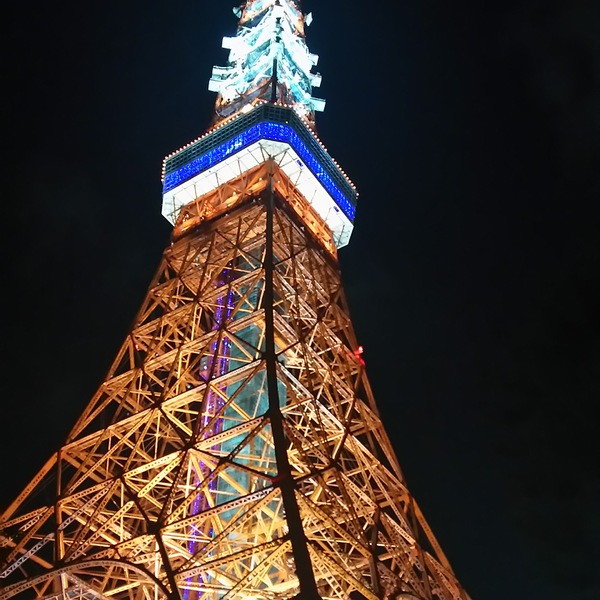