Mishima, Shizuoka Prefecture, has the longest suspension bridge in Japan, and I went to see that it had a wonderful view!

What is Mishima Skywalk?

"Mishima Skywalk" is a nickname and it's official name is "Hakone Saikei / Mishima Oshiribashi".

The official name is a bit unfamiliar, so it was nicknamed.

It was nicknamed "Skywalk" because it felt like it was walking in the sky.

It is still new with 2015 that this suspension bridge opened.

The total length is 400m, and it is the longest suspension bridge for pedestrians in Japan. 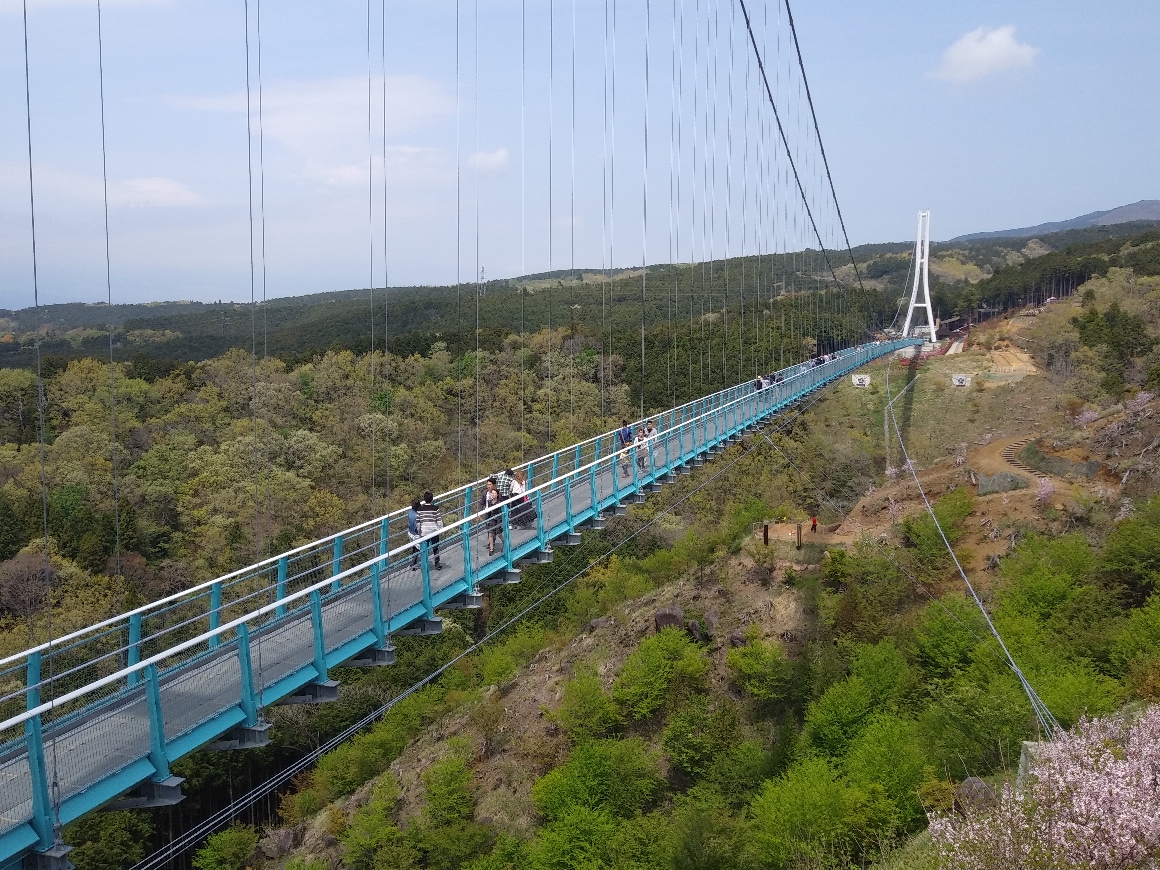 We went by car this time, but it is 20 minutes by taxi and bus from JR Mishima Station if it is public transport. 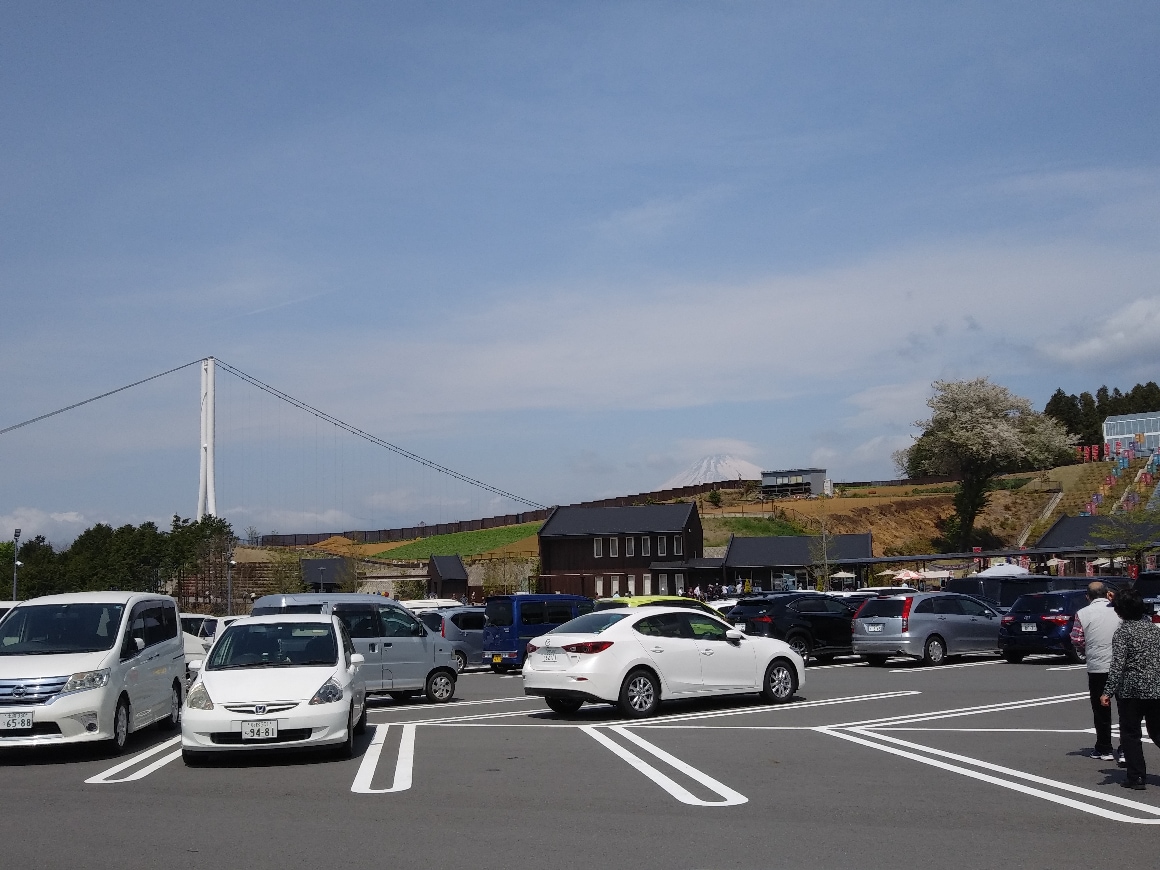 Purchase an admission ticket at the reception and enter. 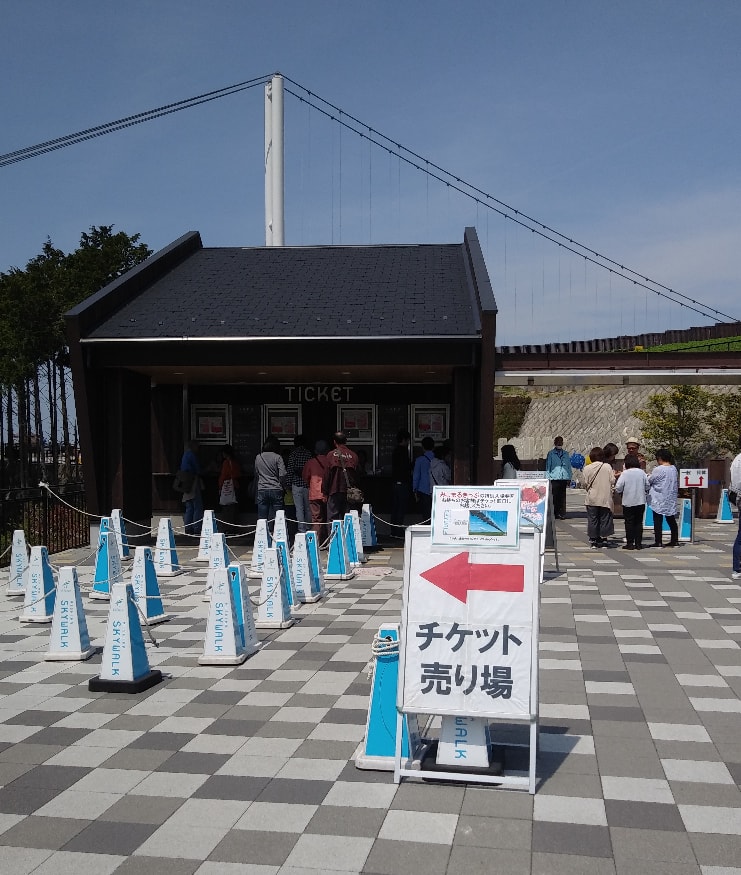 At the departure point, there were spots for taking commemorative photos.

You can also see the summit of Mt. Fuji in the distance! 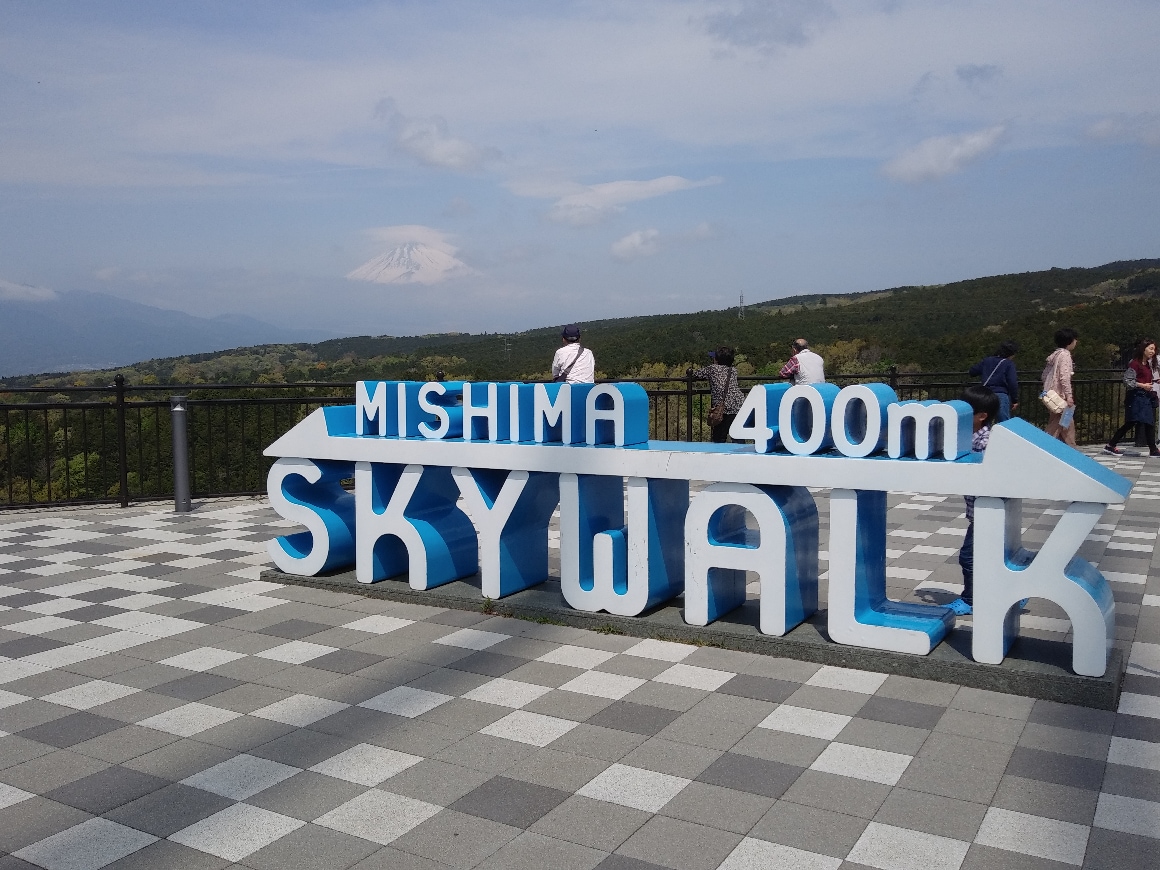 The length of 400m is quite powerful.

I will cross here from now on! 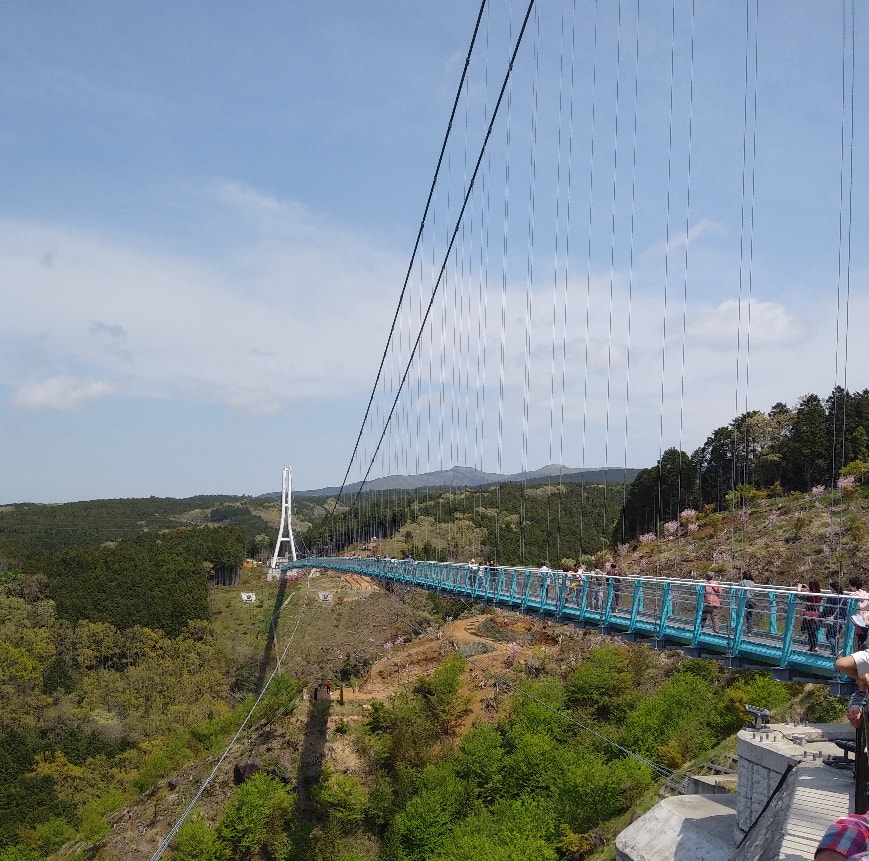 I will enter the suspension bridge in order! 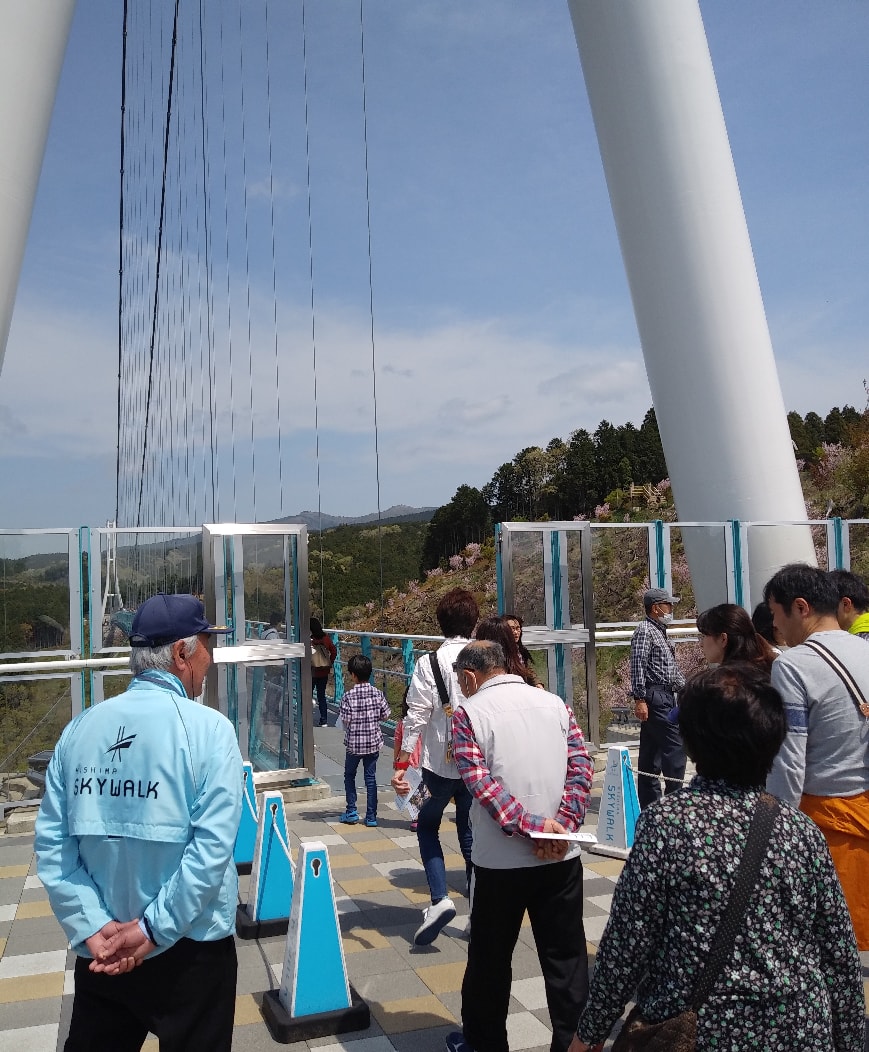 The width of the bridge is not so wide as it is wide enough to pass people who come back from the other side. Let's go slowly in order! 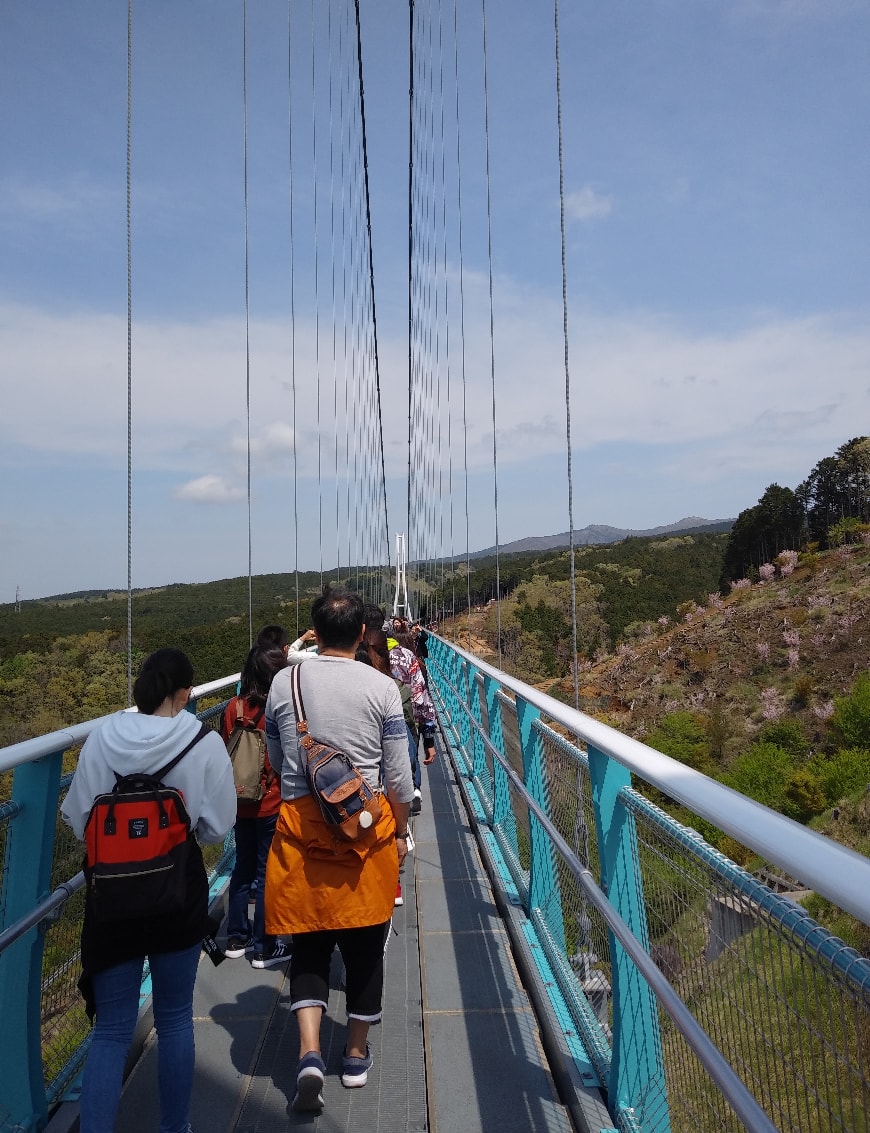 The view from the top of the bridge is amazing!

It became cloudy a little on this day, so I could not see Mt. Fuji while crossing the bridge, but I could also look at Suruga Bay in the distance! 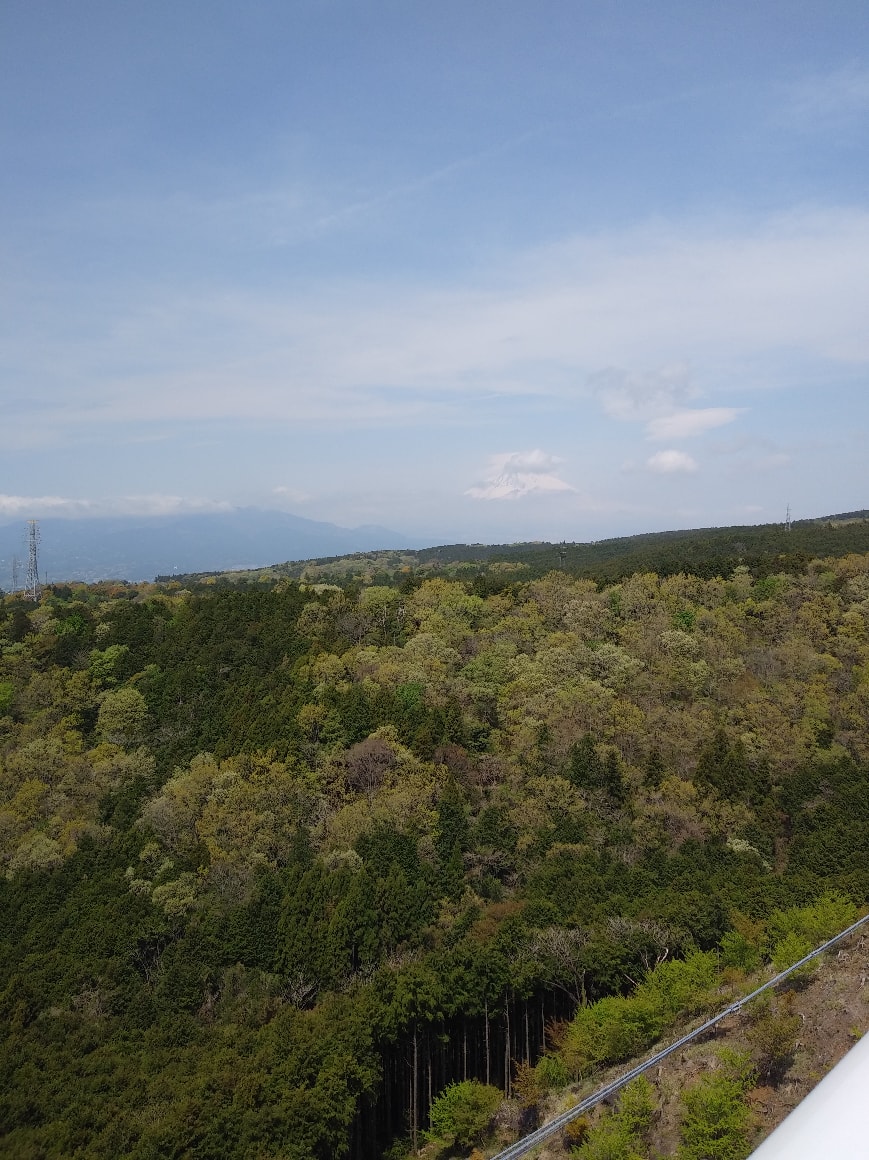 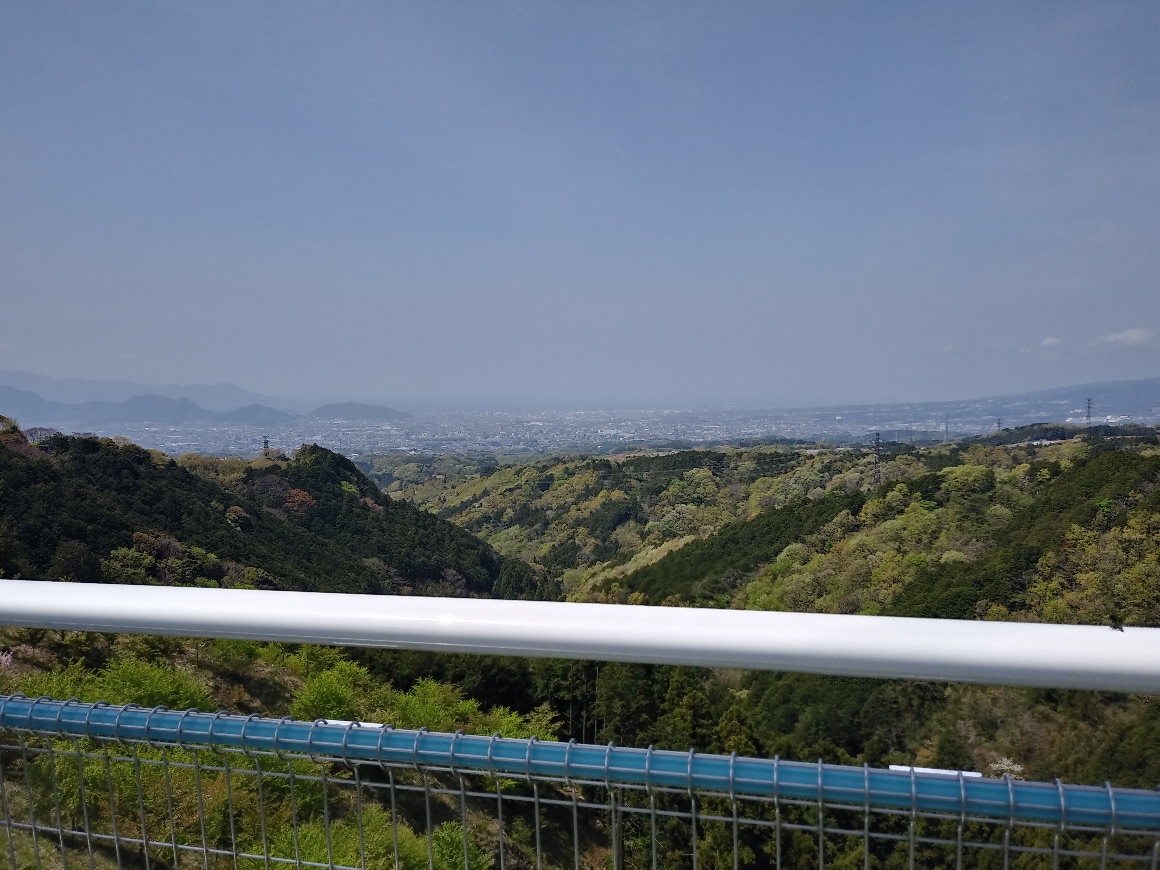 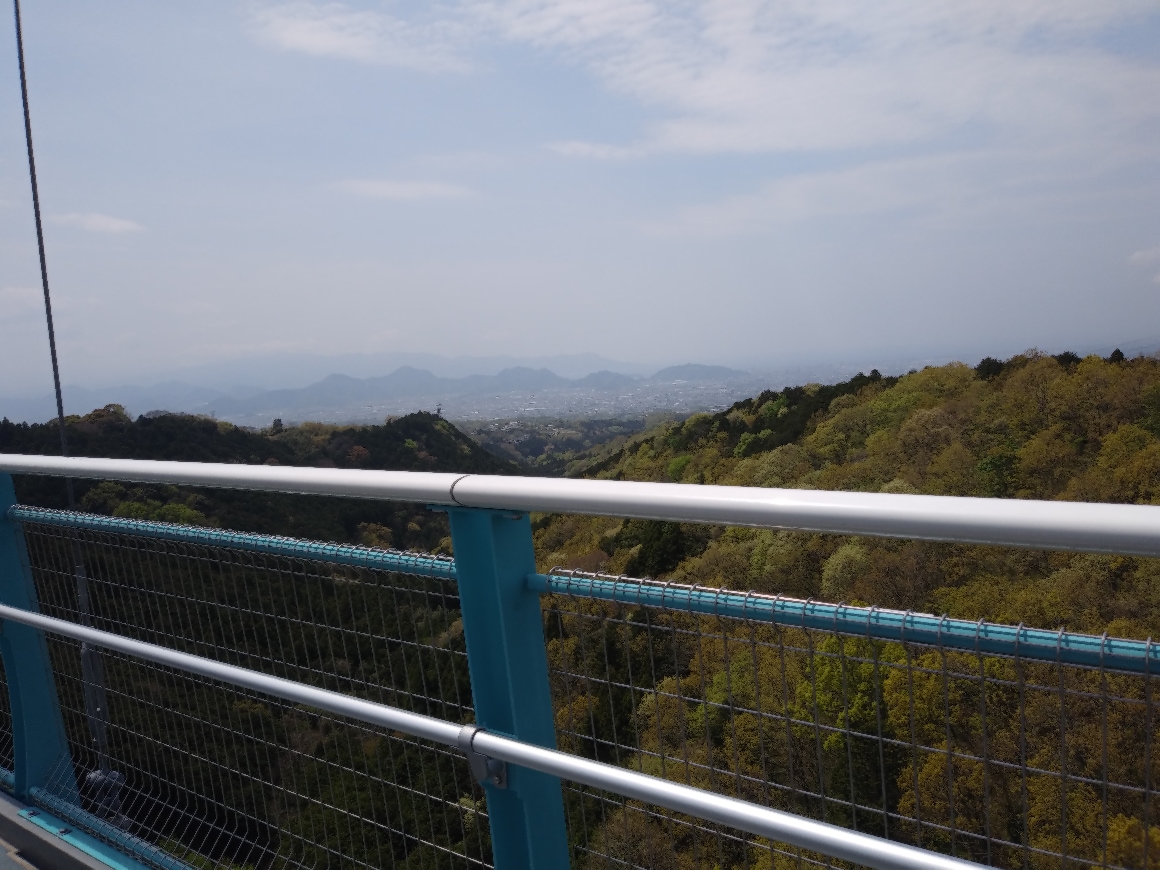 The bridge has a solid structure, but it is quite powerful because you can see the bottom from the bar at the bottom. 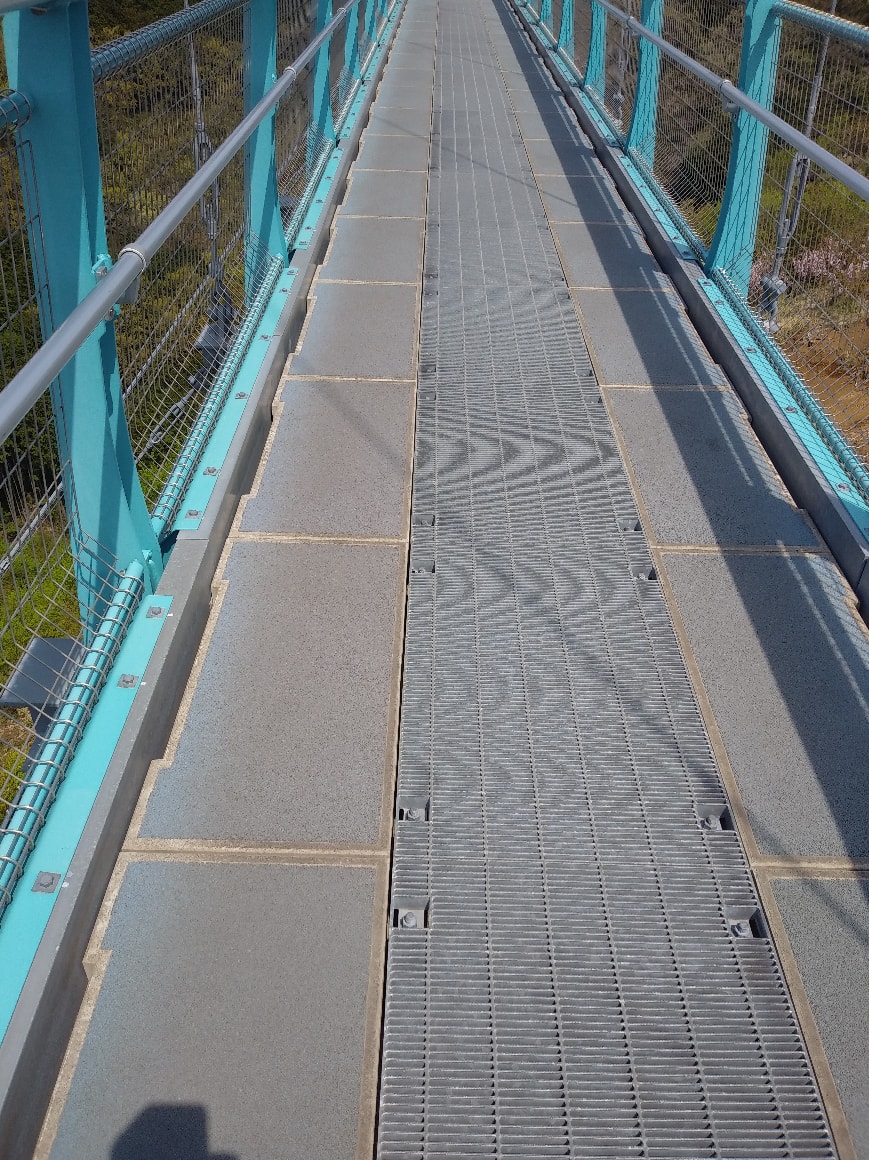 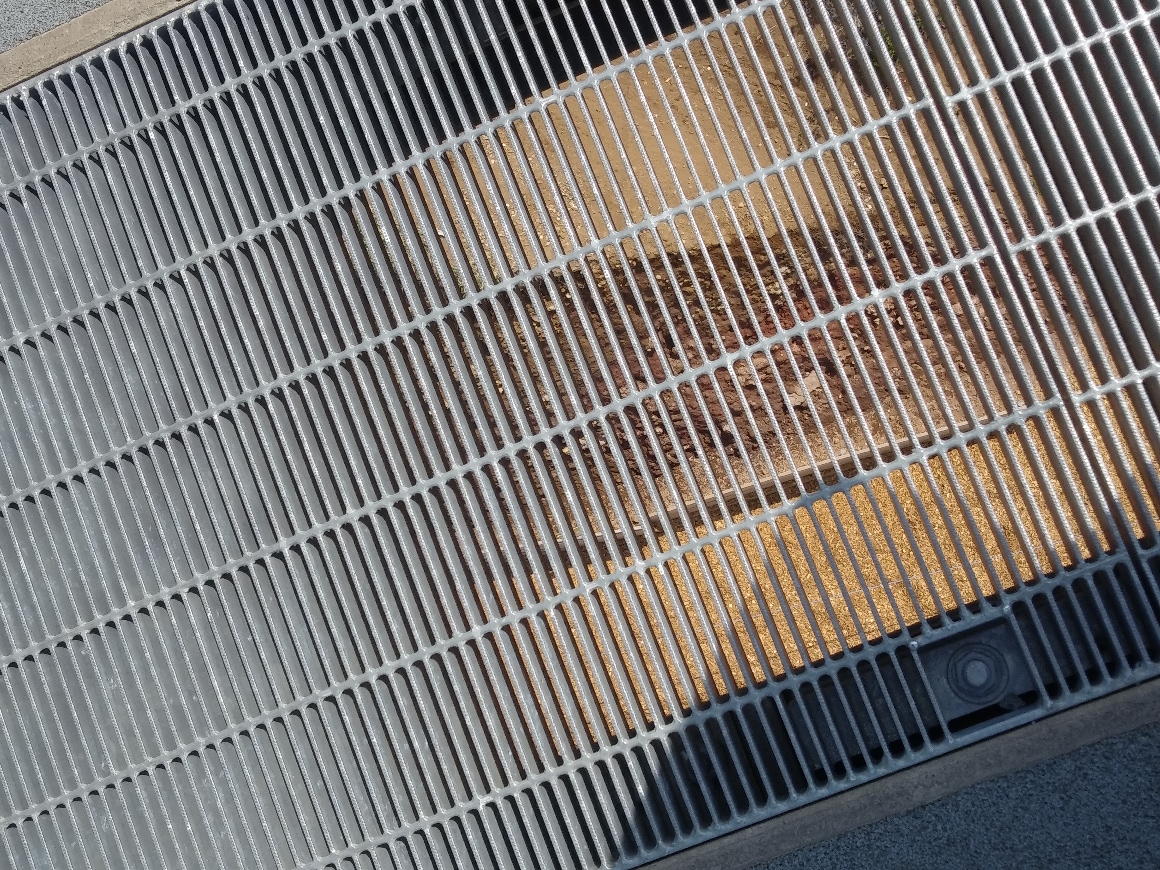 Under the bridge is like this. It is quite high! 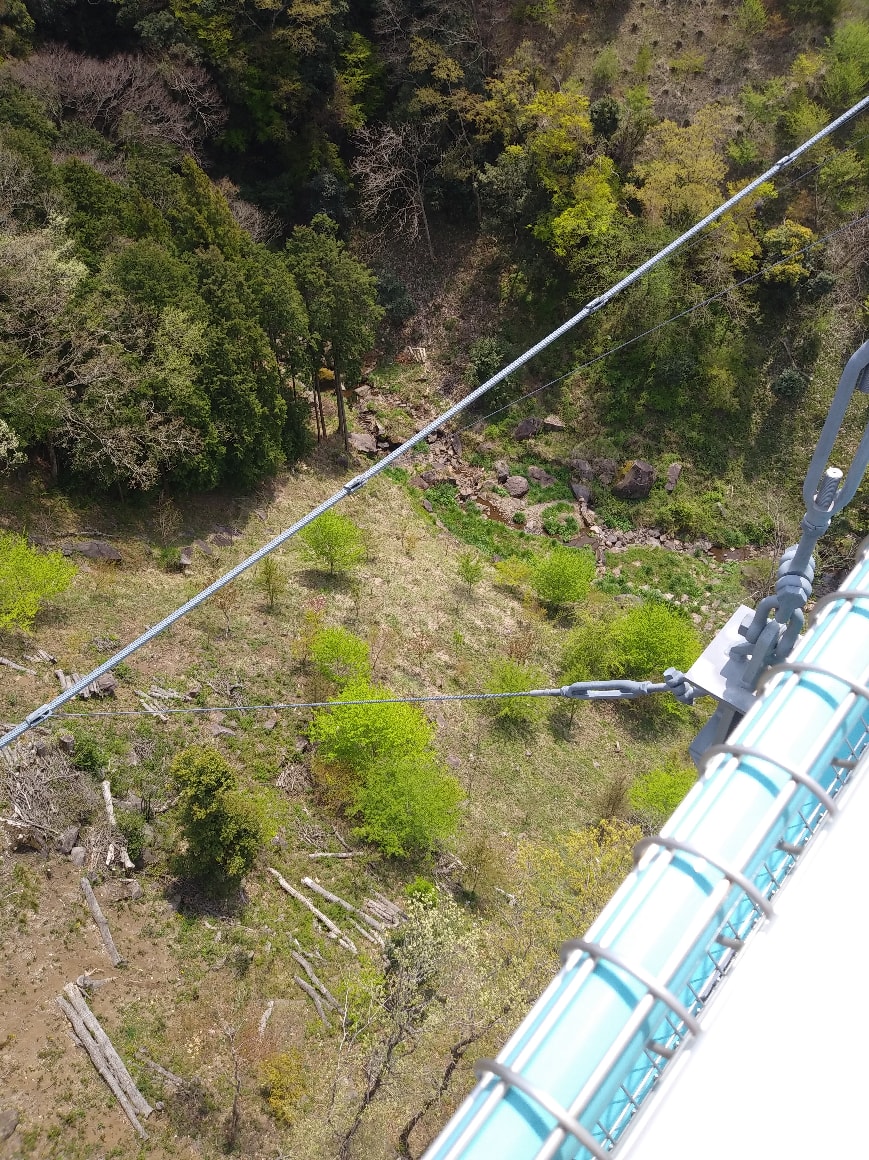 And when you get to the middle of the bridge, you will feel some shaking.

Even if I felt relieved, I was quite nervous when I moved (laughs)

It may be a bit confusing, but please watch it in the video!

Do you see it shaking?

After crossing the bridge, there were places where there were stalls, observation decks, and athletics.

There was also a spot that could take such a photo for free. 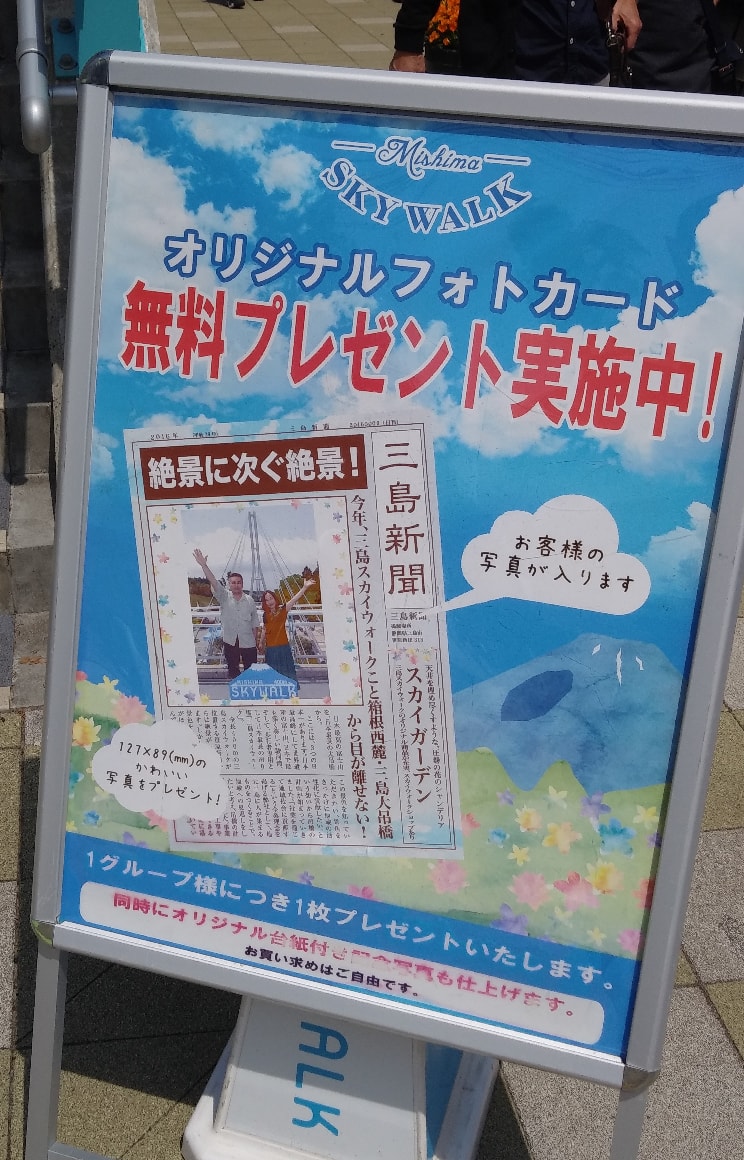 In addition, among the facilities where souvenirs are sold, panels displaying the path to the Mishima Skywalk construction were also displayed. 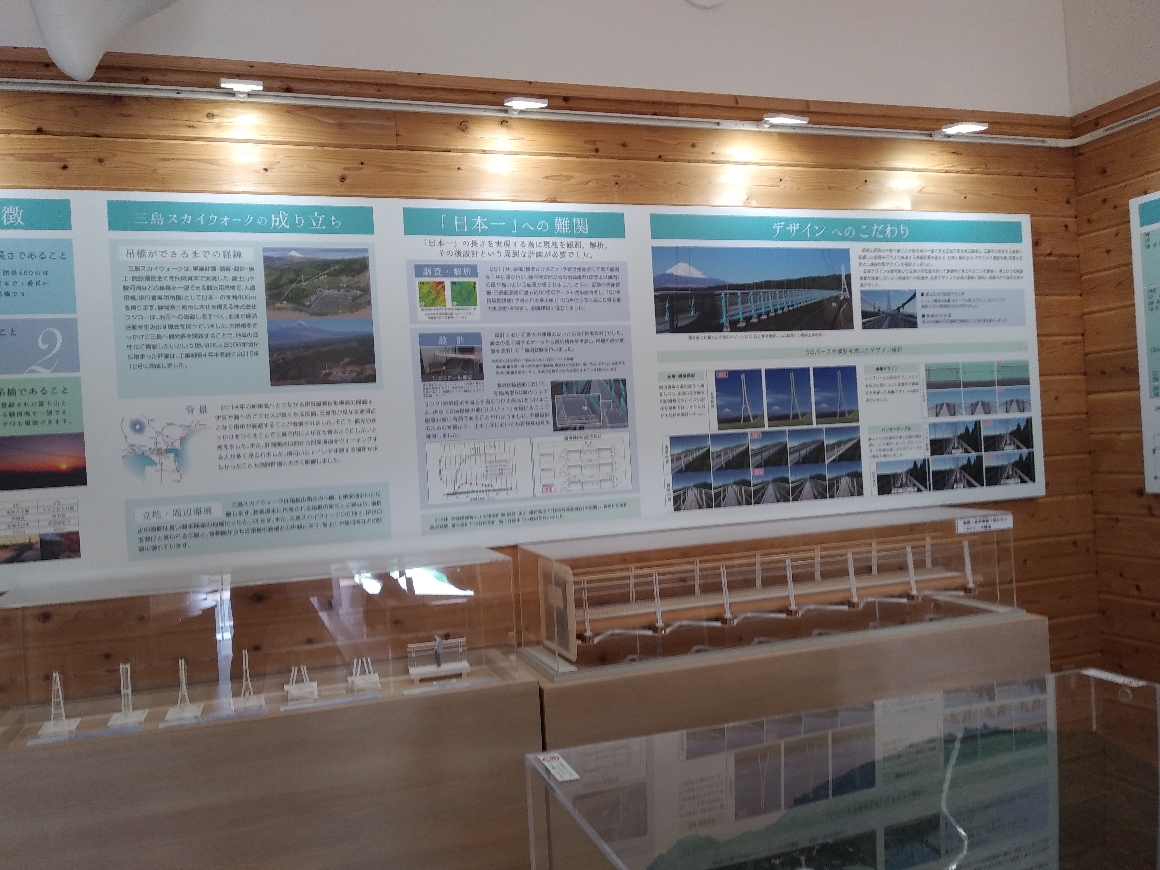 There were also places where you could experience the weight of the cables used in the suspension bridge. 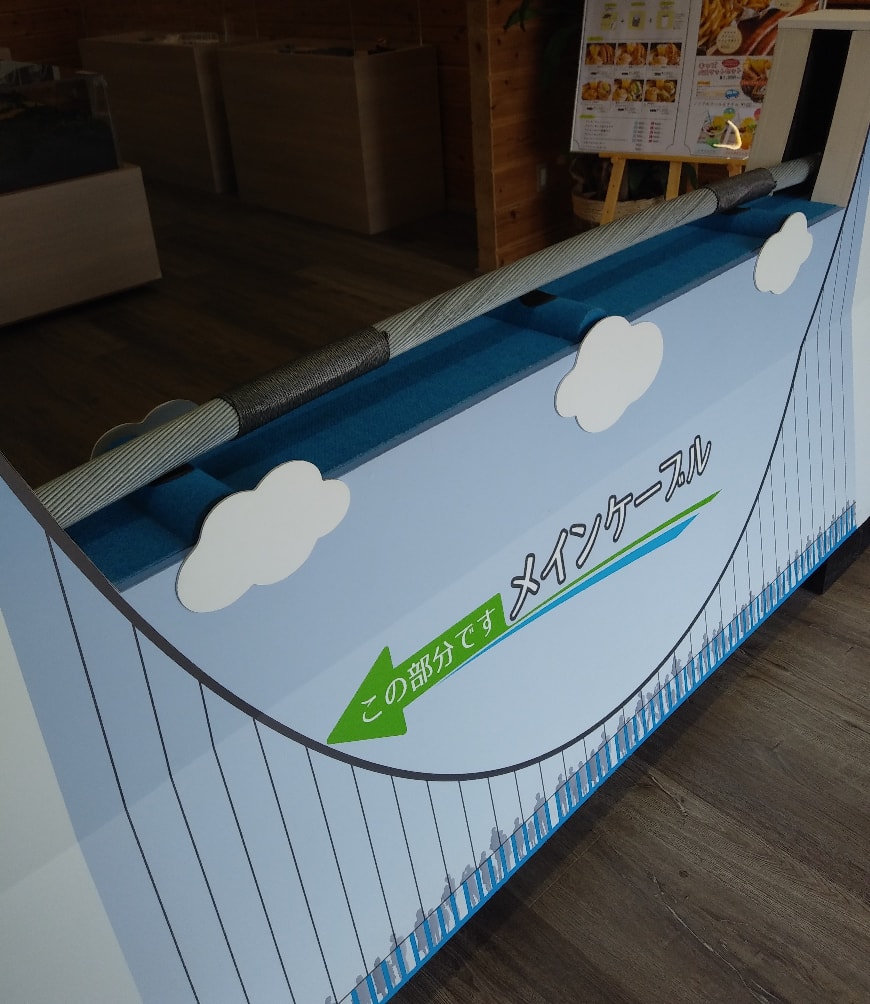 The view seen from the side across the suspension bridge was also wonderful! 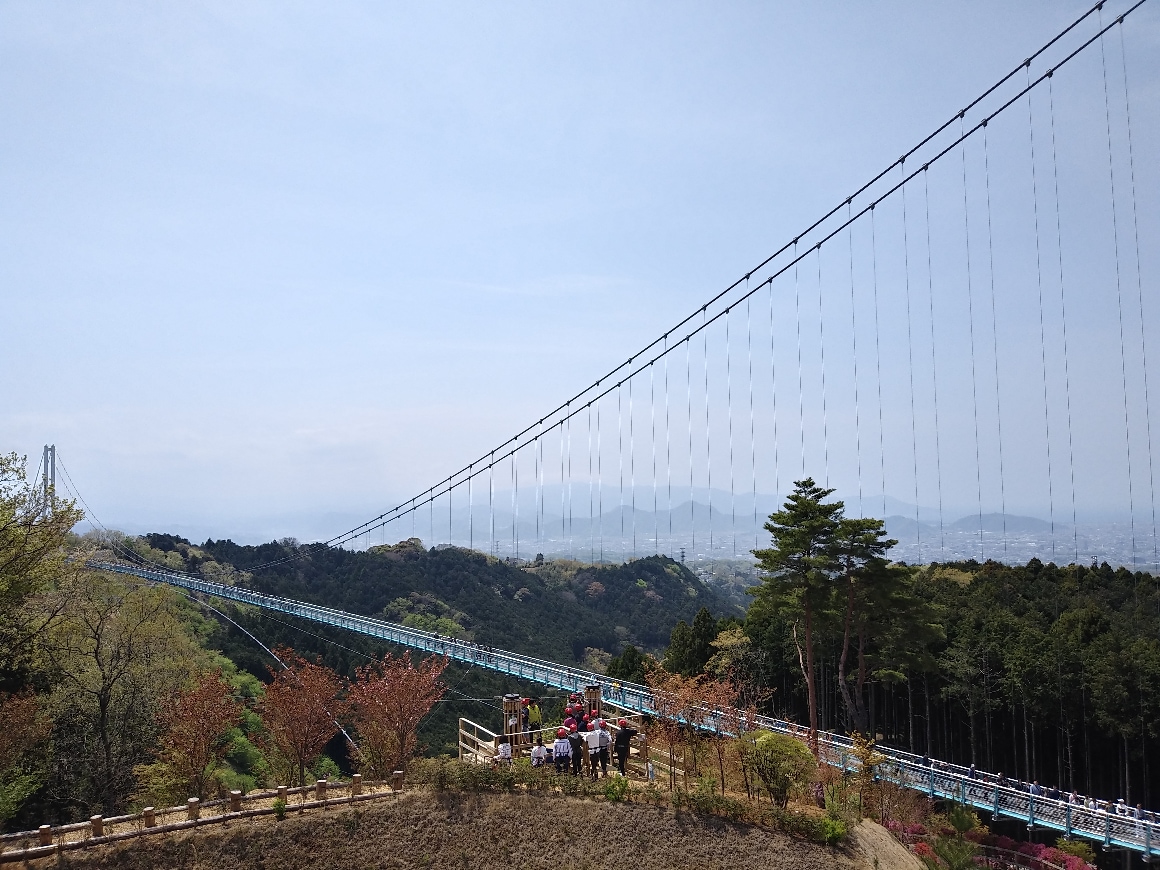 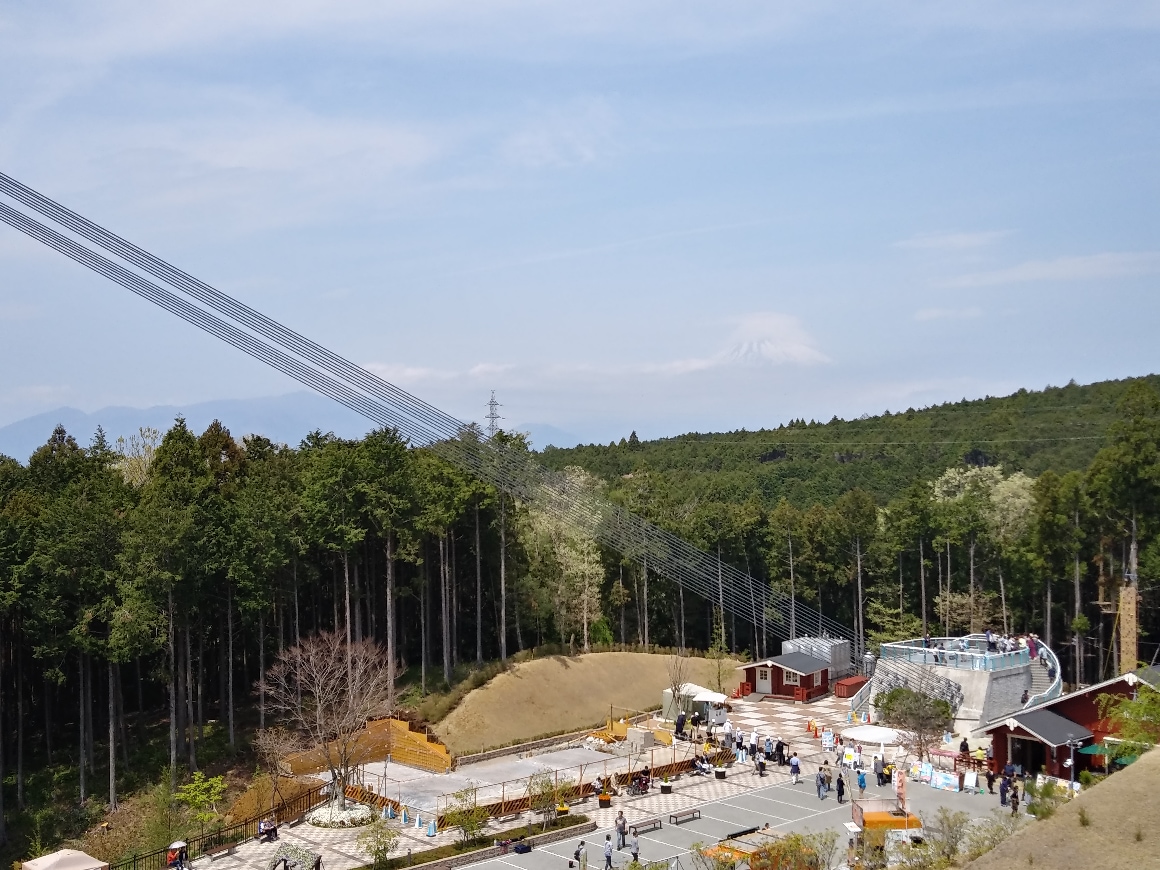 In addition, in the park of Mishima Skywalk, there is a souvenir shop called Sky Garden, where flowers are hung from the heavens.

Many flowers were displayed and it was very beautiful. 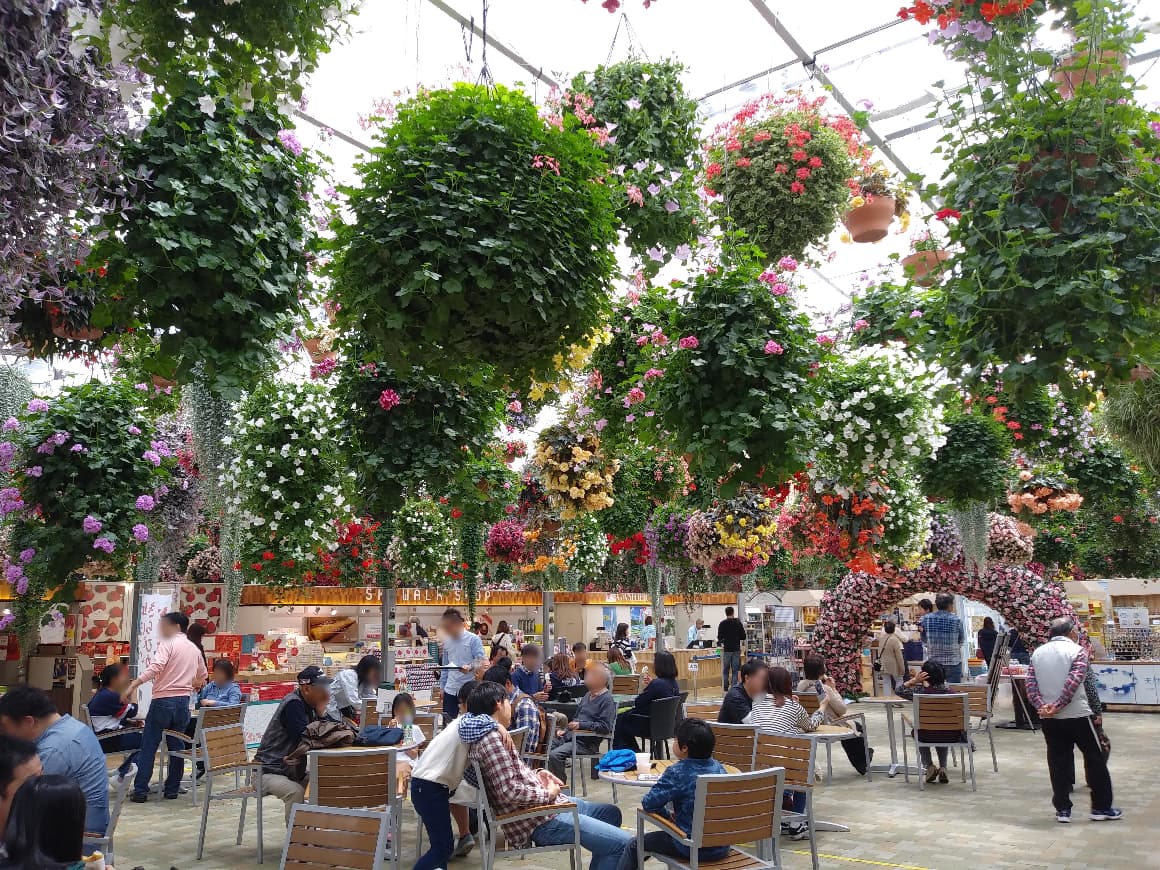 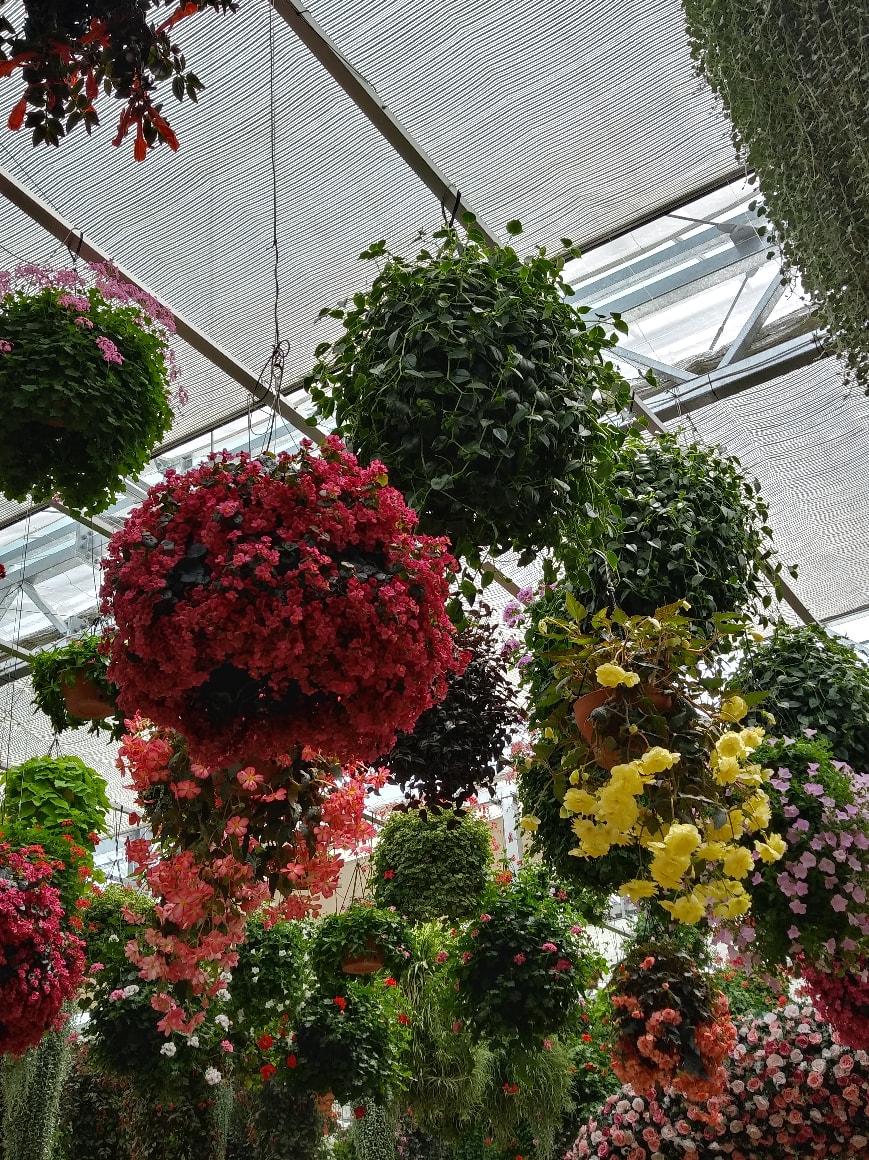 It was quite a sight to see how different types of flowers were hung. 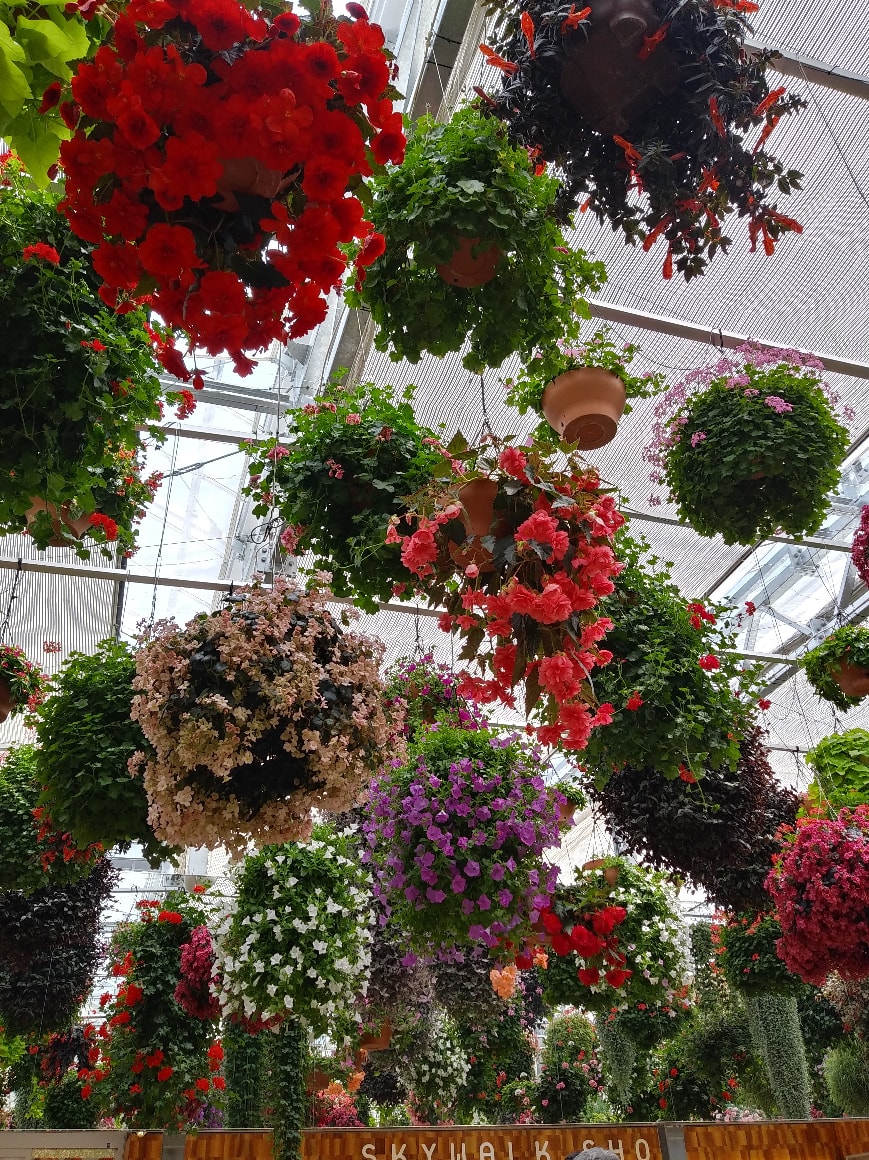 How was Mishima Skywalk?

It is very nice to be able to look at the superb view in a feeling like walking in the sky!

It's still a relatively new place, so why not visit us if you have a chance? 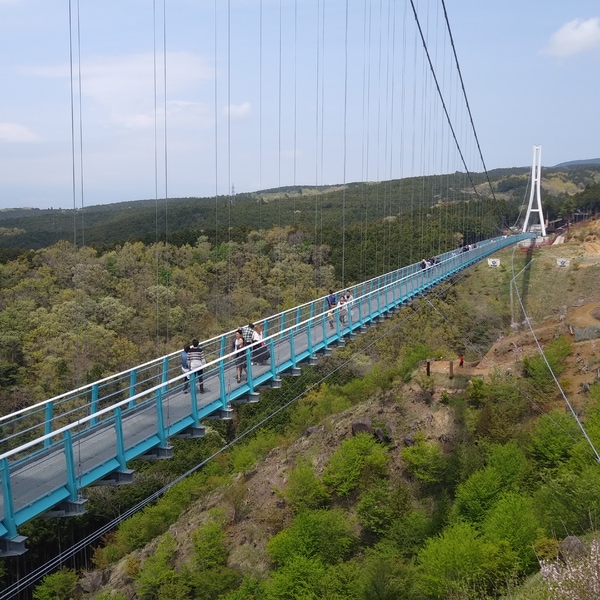